On Saturday June 30th, local campaigners, NHS patients, and staff are set to join tens of thousands of people from across the UK in a mass demonstration in London, timed to coincide with the 70th anniversary of the NHS. 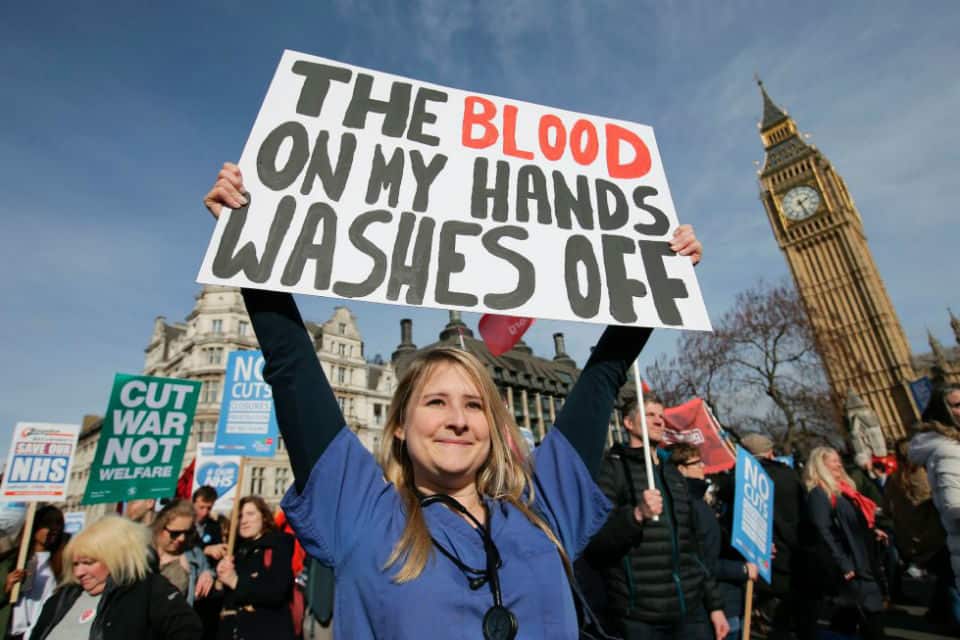 The march has been called to celebrate and defend the achievements of the NHS over the past 70 years. Amidst growing fears for a health service that struggled to cope this winter, campaigners are demanding more funding, better pay for NHS staff and a service that is run for people not profit.
Steve Score, co-chair of Save Our NHS Leicestershire (SONHL), said:

“We all want to celebrate the 70th birthday of the NHS. It is one of Britain’s greatest achievements. At the same time, we are worried about its future. It is chronically underfunded and patients are having to wait longer and longer for appointments and operations. We have also seen threats to close services  – for example the children’s heart unit at Glenfield which we were able to save through a sustained campaign in which we pointed out the arguments for closing it were baseless. By demonstrating we are showing our ongoing commitment to the health service.”

Theresa May’s hyped £20 billion ‘70th birthday present’ for the NHS – scrapping the eight-year policy limiting funding increases to just 1% – is a big shift. It reveals the enormous pressure building from below from tireless grassroots campaigns – including the Glenfield Heart Unit campaign in Leicester.

But even if this extra money does eventually materialise, it will not restore years of underfunding or reverse privatisation.

There will be two coaches going from Leicester to the demonstration in London, organised by Unite the Union and the SONHSL campaign. Places are free for Unite members. There is a £10 fee for non-Unite members. To book a place and please email Tom Barker: tom.p.barker@googlemail.com.