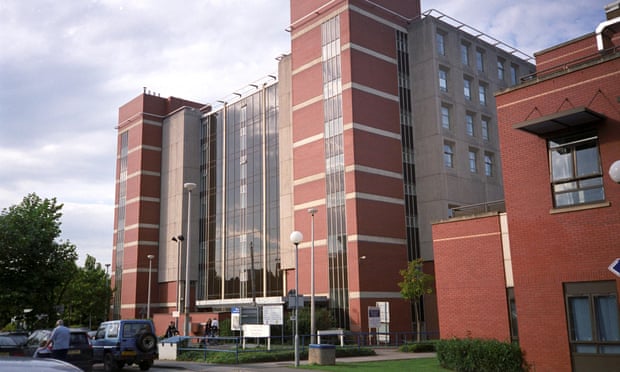 Campaigners are calling for a delay in public consultation on new hospital building because they are concerned that the public does not have access to the information needed to make an informed assessment of the proposals. Campaigners believe local NHS leaders are rushing to consultation on the hospital reorganisation in the new year when the detailed plans have still not been put into the public domain.

University Hospitals of Leicester (UHL) NHS Trust has received £450million funding from the Department of Health to reorganise acute hospital services in Leicester, Leicestershire and Rutland. This money will be used to close the General Hospital as an acute hospital and consolidate acute services onto two sites – the Royal Infirmary and the Glenfield. A large amount of land at the General Hospital site will then be sold for other use.

“Save Our NHS Leicestershire welcomes funding in our NHS but we are surprised that local NHS leaders want to begin formal consultation of the public in early January – it is already November and we still cannot see whether the proposals are fit for purpose.”

“Virtually no detail about UHL’s plans has been put into the public domain and made available for public scrutiny. Local NHS leaders now want to rush to consultation on these plans, possibly as soon as January. In our view this is premature – the public is entitled to adequate information in good time.

“UHL’s plans do not include an increase in the number of beds, despite ongoing bed shortages in local hospitals and the obvious need to expand capacity into the future.

“Local NHS bosses believe an expansion in community services and different pathways of care will offset rising need for hospital care. But these services are in a similar, if not worse, crisis.

“There is now a serious danger that UHL’s plans will lock the people of Leicester, Leicestershire and Rutland into an inadequate facility for the next twenty years with no hope of large-scale government funding from future governments during this period to address the shortage of hospital services. So it is important to get it right now.”

Save Our NHS Leicestershire is holding a public protest to call for better plans and a fully funded health service UHL’s plans on Saturday November 16 at midday at Leicester Clock Tower. 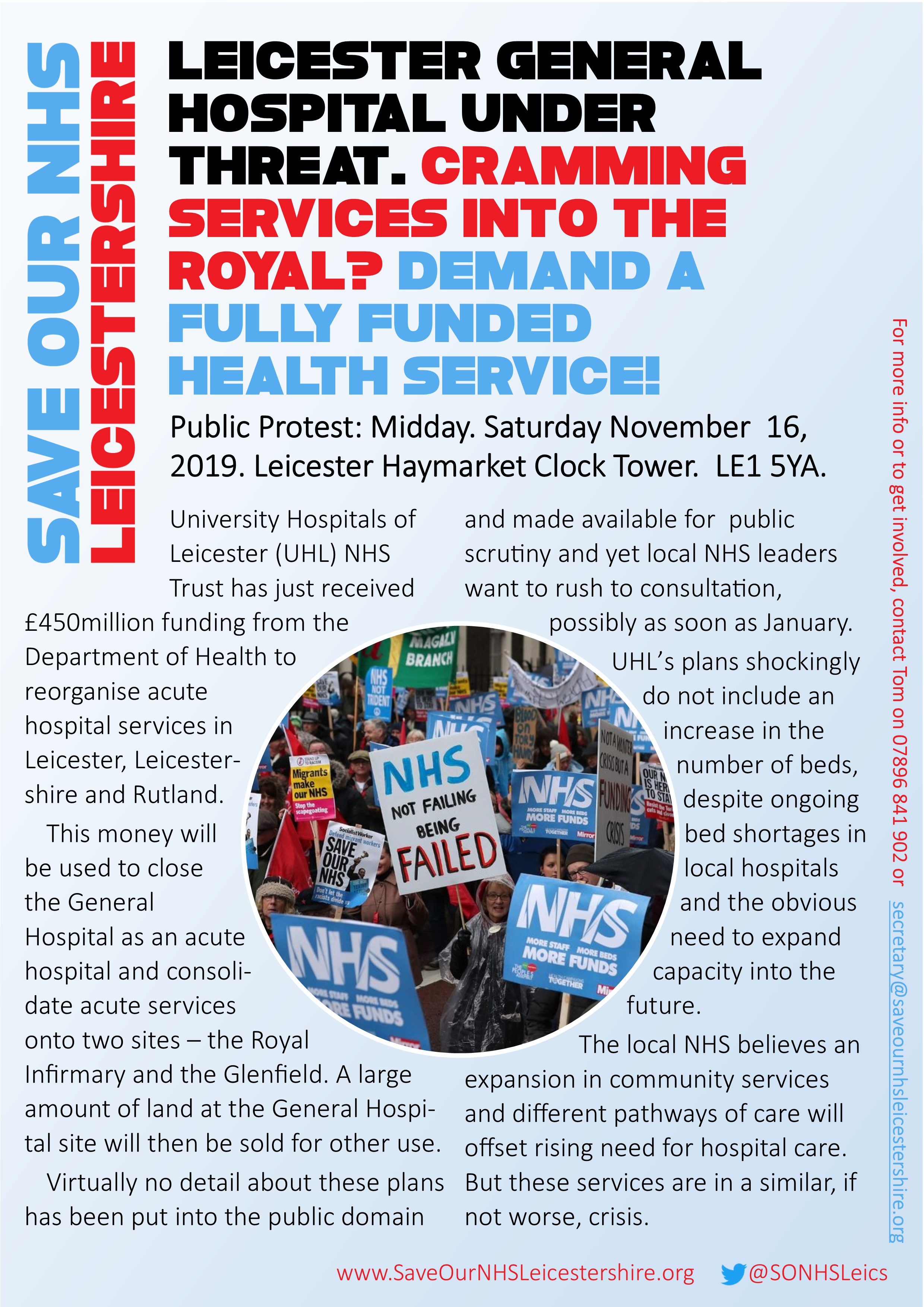 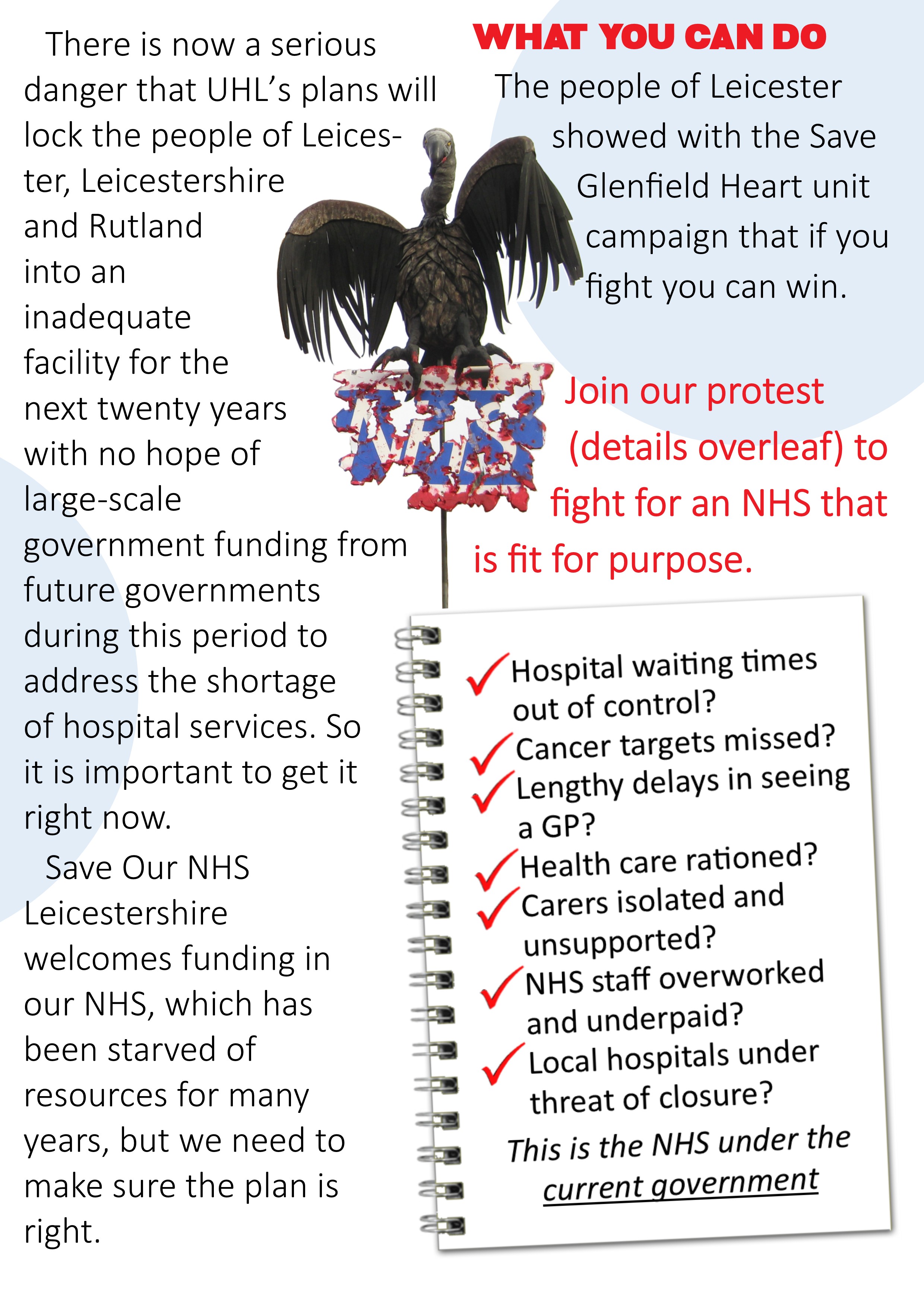