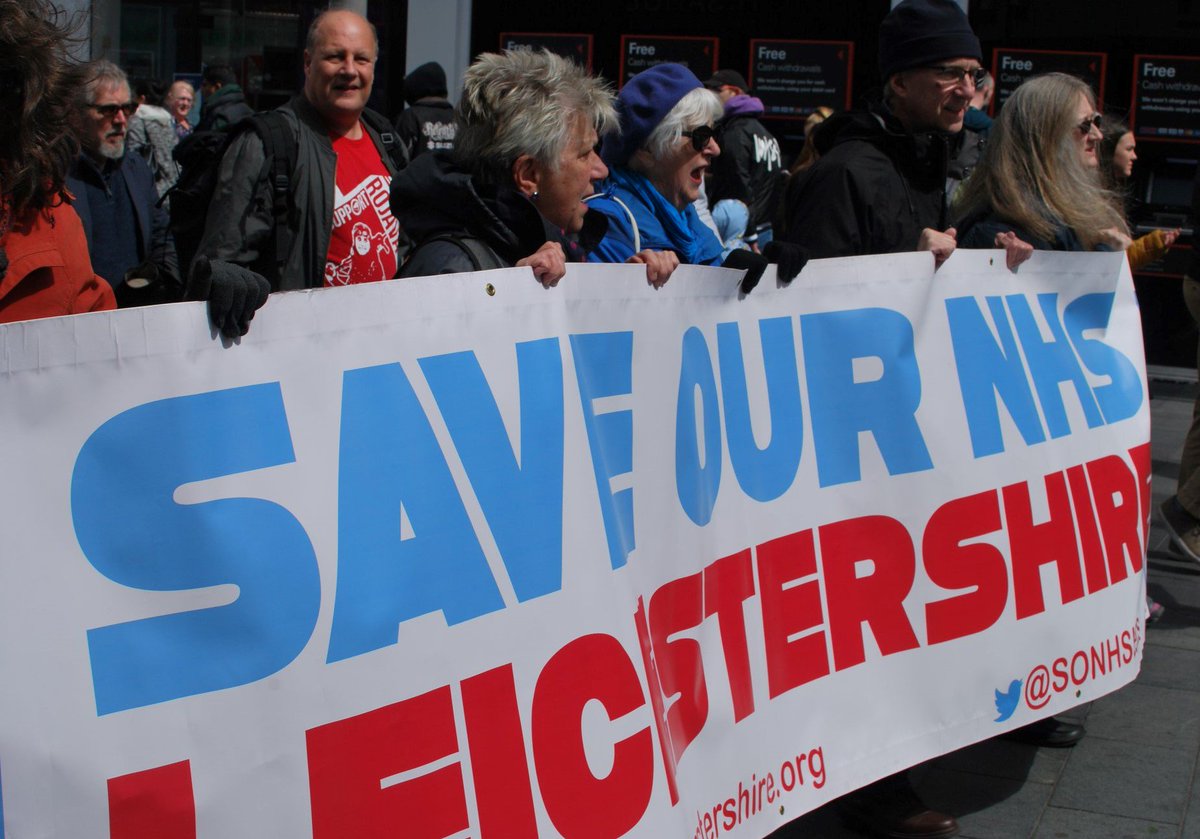 A public protest will be held by Save Our NHS Leicestershire on Saturday November 16 to highlight the ongoing crisis in the health service and what campaigns describe as “serious inadequacies” in the local NHS trust’s plans to change hospital provision in Leicester, Leicestershire and Rutland.

The protest will be addressed by junior doctor Sonia Adesara who appeared in the recent film on the NHS, Under the Knife, and who has been the public face of a national petition to stop the NHS being part of a US-UK trade deal.

Campaigners are calling for a delay in public consultation on new hospital building because they are concerned that the public does not have access to the information needed to make an informed assessment of the proposals.

“Save Our NHS Leicestershire welcomes funding in our NHS but we are surprised that local NHS leaders want to begin formal consultation of the public in early January – it is already November and the public still haven’t seen the details to know whether the proposals are fit for purpose.”

“We are also concerned about inadequate funding for the health service, which has been very detrimental to staffing levels and to patient waiting times – here in Leicester and Leicestershire as well as across the country.

“We oppose the inclusion of the NHS in any post-Brexit trade deal with the NHS as this will lead to more privatisation and higher prices for medication.”