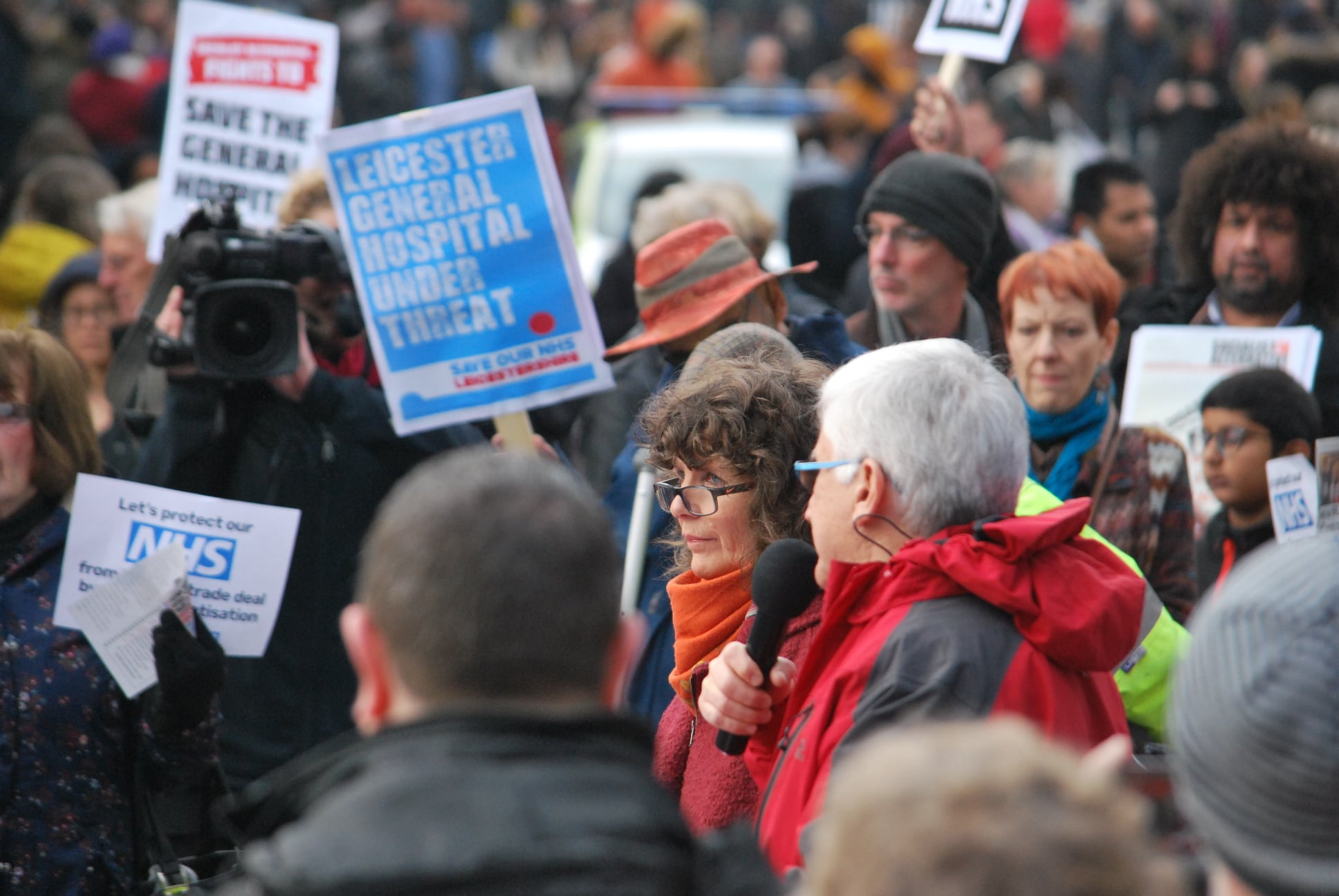 Between 150 and 200 people packed the area around Leicester’s Clock Tower last Saturday to attend a demonstration called by Save Our NHS Leicestershire demonstration to highlight the crisis currently overwhelming our health service.

The protest was due to be addressed by junior doctor Sonia Adesara who appeared in the recent film on the NHS, Under the Knife, and who has been the public face of a national petition to stop the NHS being part of a US-UK trade deal, but unfortunately she was unable to attend.

Nevertheless, the rally heard from a raft of speakers, including health workers, trade unionists and parliamentary candidates standing in the upcoming General Election.

Shoppers and workers in the city centre stopped to listen to the speakers and discuss with campaigners about the NHS emergency. Around 4,000 leaflets were distributed explaining how we have come to this situation as well as the serious inadequacies in the local NHS Trust’s current plans. 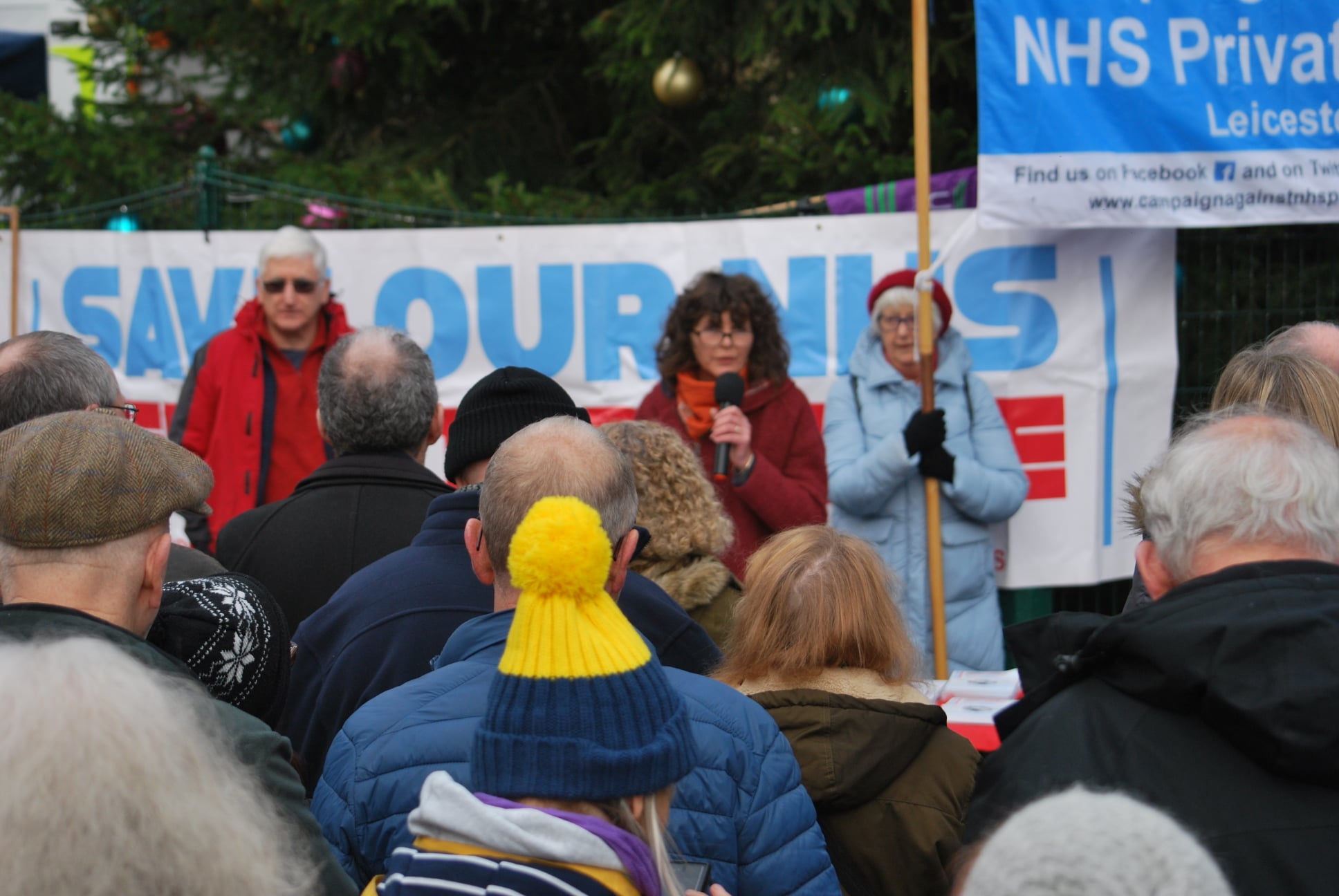 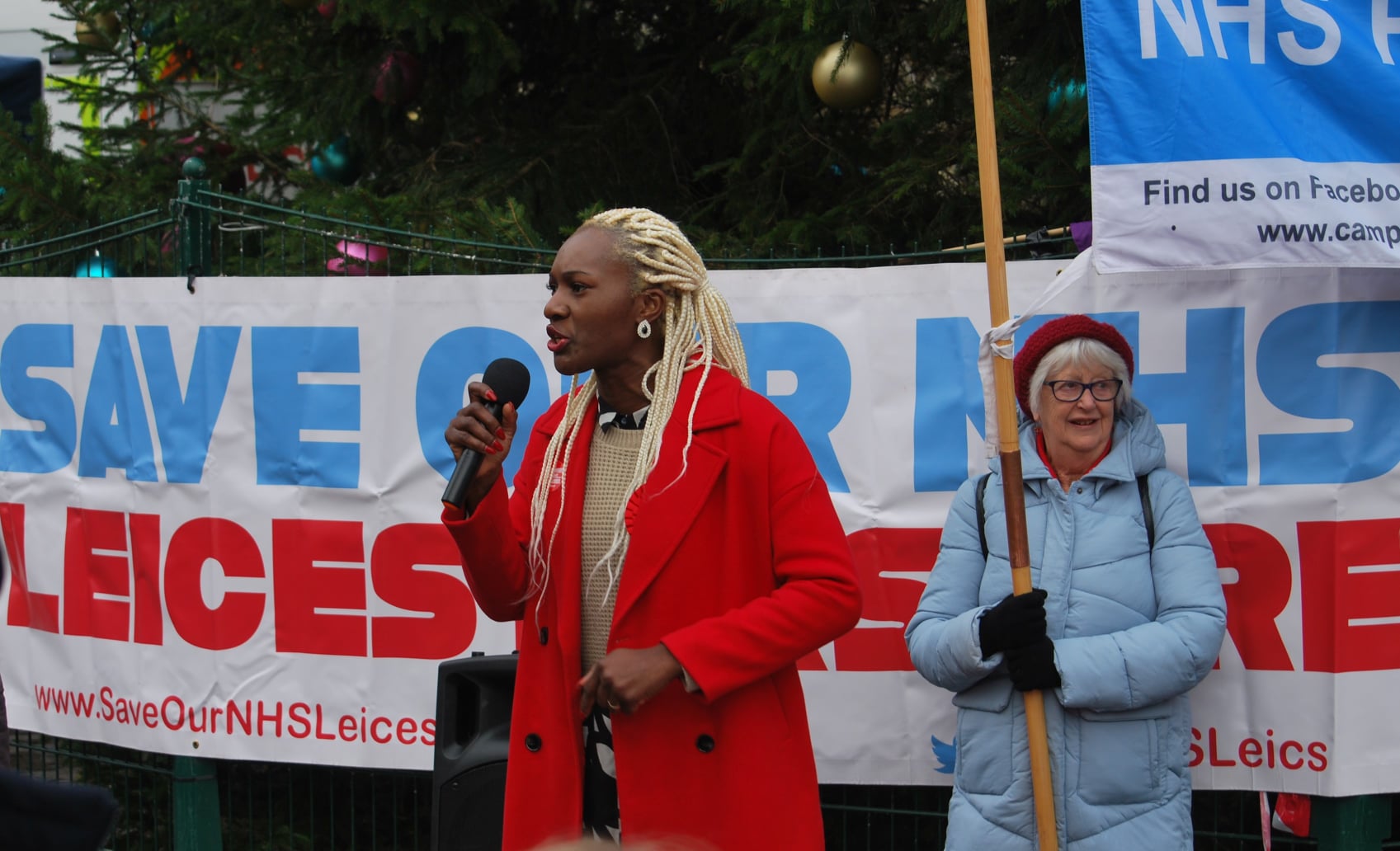 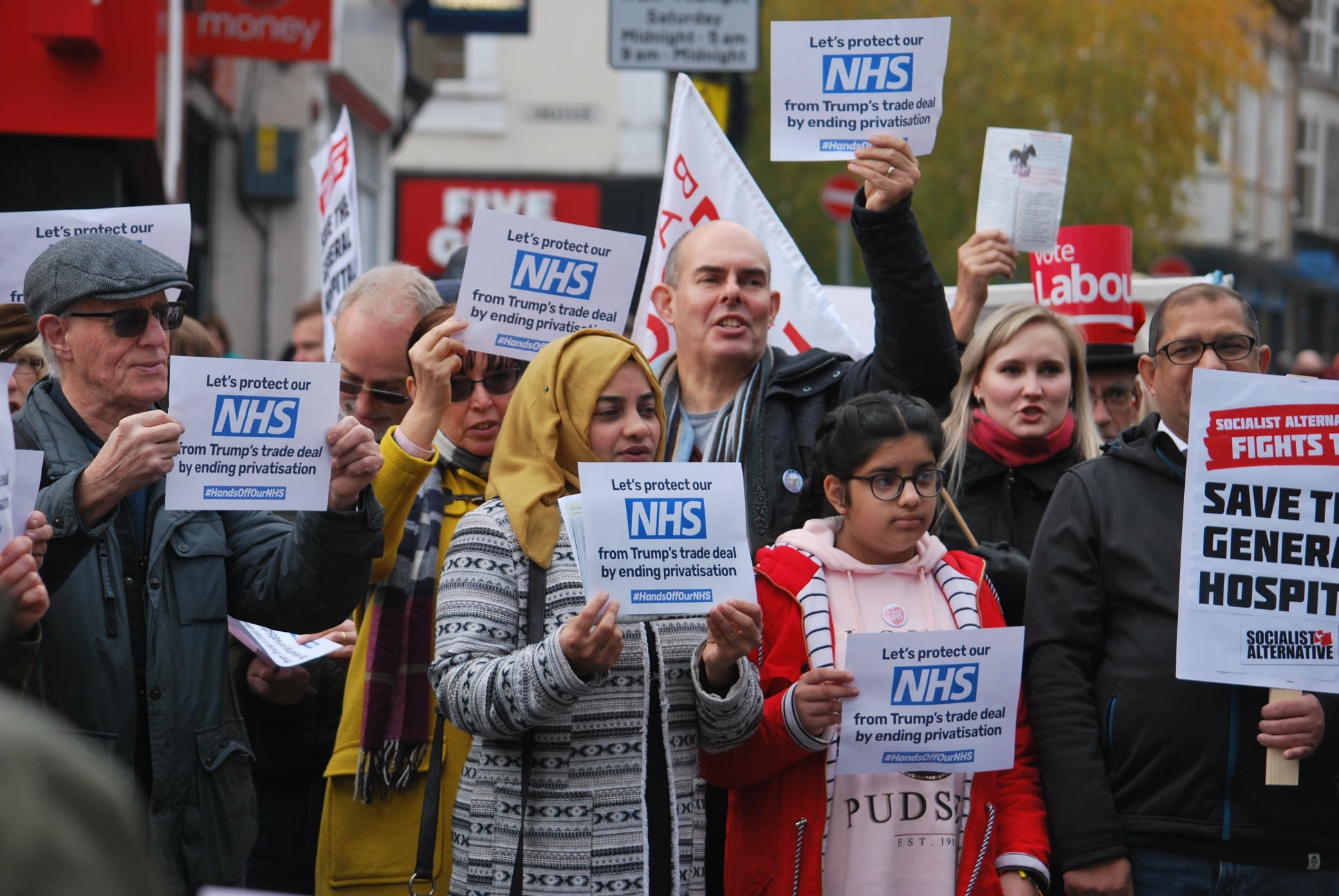 The rally was called, intially, to highlight serious inadequacies in the local NHS Trust’s plans to reconfigure hospital services in Leicester, Leicestershire and Rutland.

But numerous campaign groups have repeatedly pointed out that virtually no detail about these plans has been made public by the local NHS Trust, making it impossible for their plans to be properly scrutinised.

What we do know is that UHL’s plans do not include an increase in the number of beds, despite ongoing bed shortages in local hospitals and the obvious need to expand capacity into the future.

The Trust says that an expansion in community services and different pathways of care will offset rising need for hospital care. But these services are in a similar, if not worse, crisis.

This is cause for serious concern. At a SONHSL public meeting held on April 16, the Trust’s Director of Communications and Strategy admitted that the plans may not work if community services are unable to make up for a standstill in the number of beds.

Whilst Save Our NHS Leicestershire welcomes funding in our NHS, we are surprised that local NHS leaders want to begin formal consultation of the public in early January – December is already closing in and the public still hasn’t seen the details to know whether the proposals are fit for purpose. 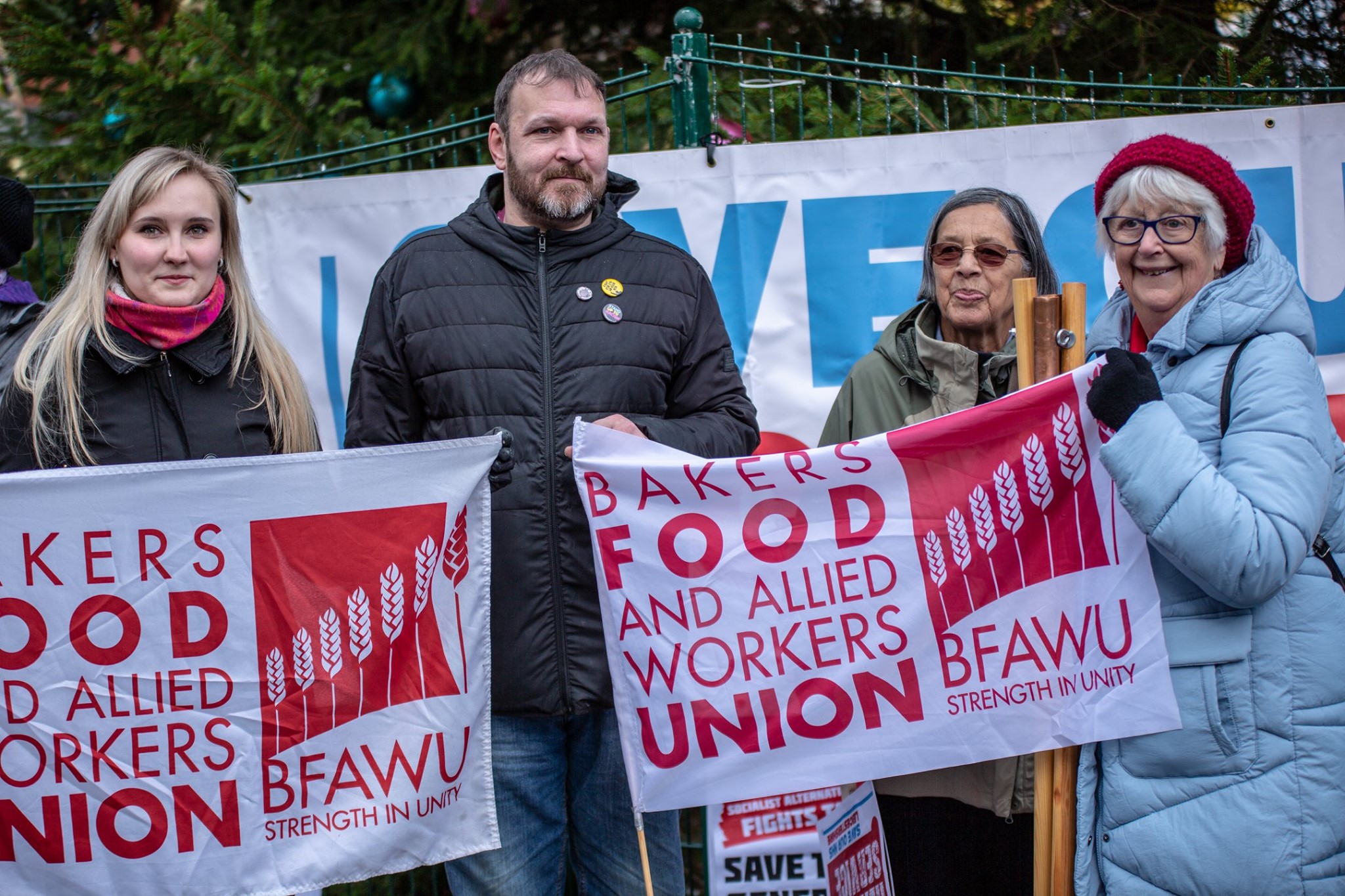 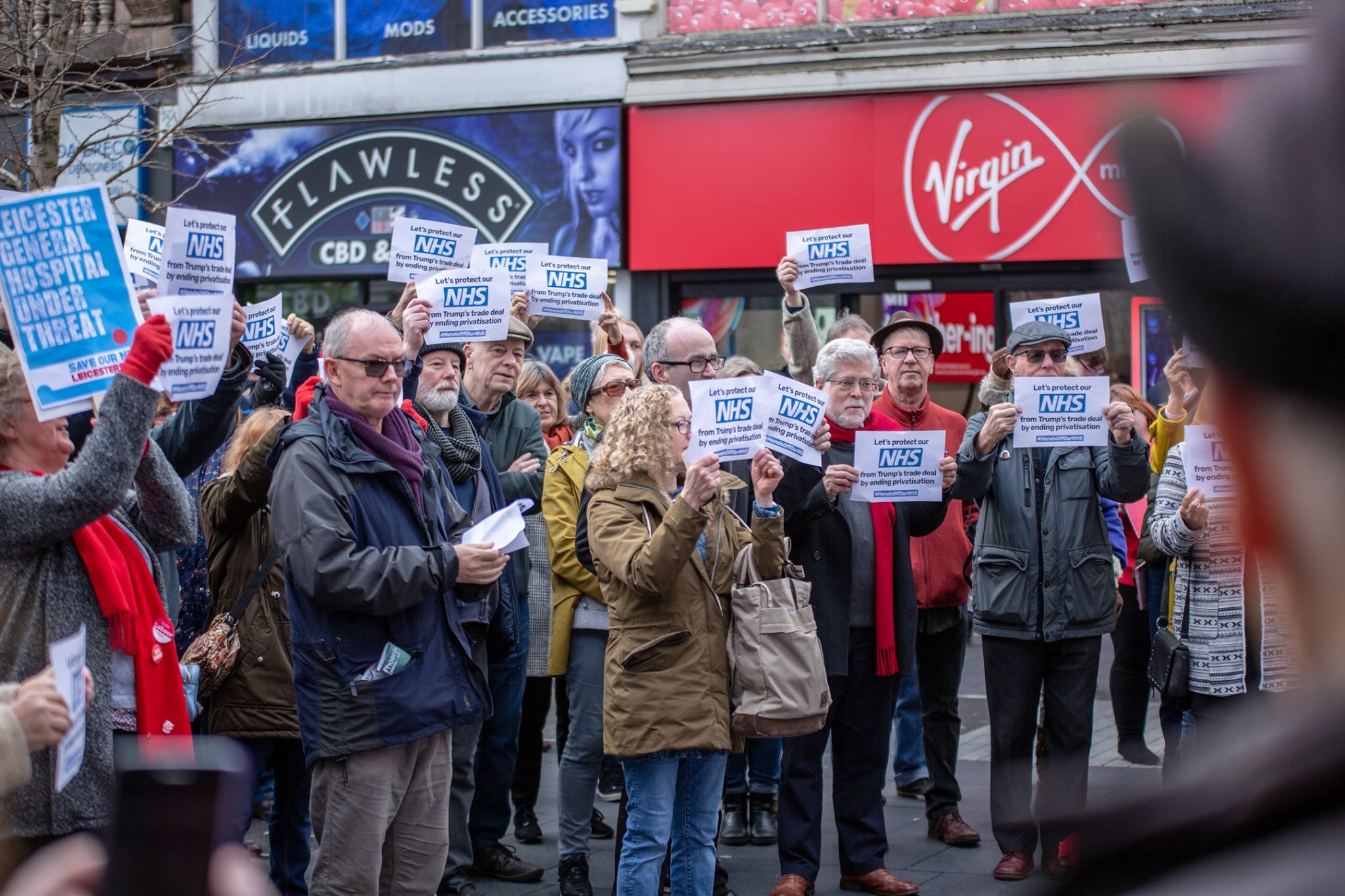 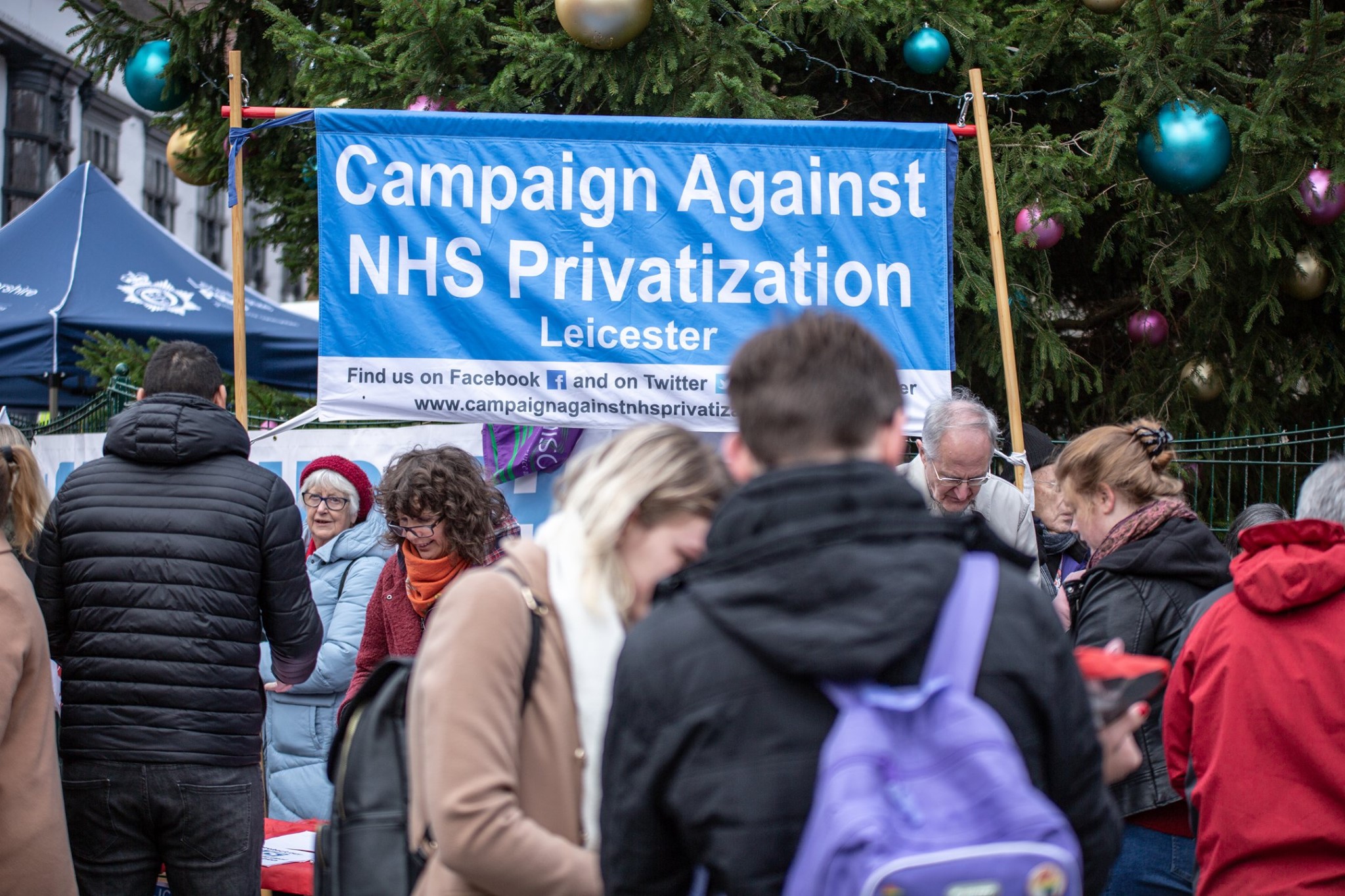 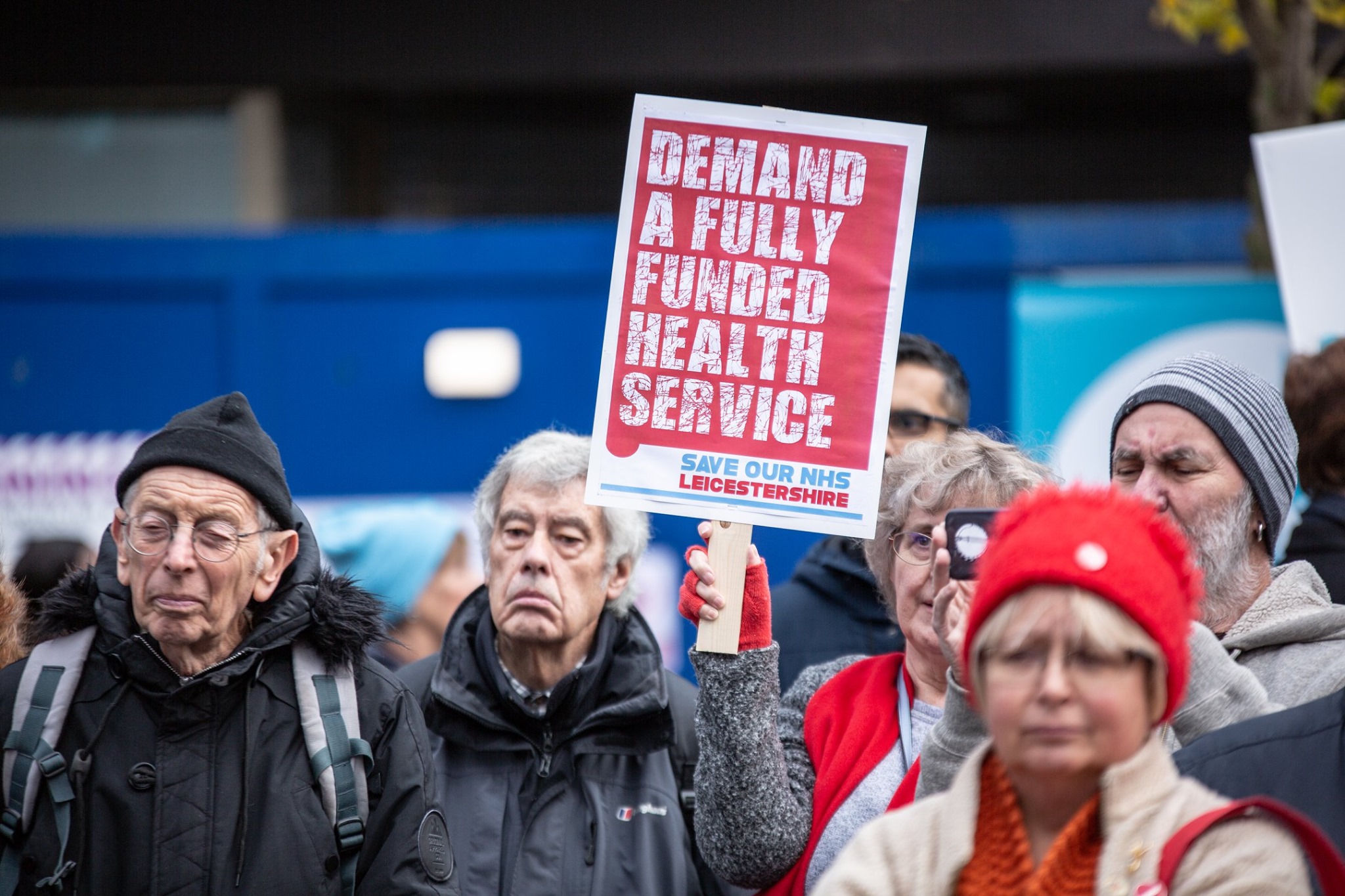 But in the midst of a General Election, the rally also inevitably became about the much wider problems faced by our health service.

Chief amongst these is the issue of government funding. Although the government repeatedly claims to be giving the NHS “record levels of funding”, the truth is more complex.

Last year, the Kings Fund, an independent charity, produced a report on ‘The NHS budget and how it has changed’. It showed that:

“Though funding for the Department of Health continues to grow, the rate of growth has slowed considerably compared to historical trends. The Department of Health budget will grow by 1.2 per cent in real terms between 2009/10 and 2020/21. This is far below the long-term average increases in health spending of approximately 4 per cent a year (above inflation) since the NHS was established and the rate of increase needed based on projections by the Office of Budget Responsibility (4.3 per cent a year).”

So, while funding has continued to increase, it has done so at historically low levels, making it insufficient to meet the needs of a growing and ageing population. Amongst other things, this has destabilised services and contributed to a shortage of more than 100,000 NHS staff nationally

We are also concerned about the possible inclusion of the NHS in any post-Brexit trade deal with the US as this will lead to more privatisation and higher prices for medication.

Save Our NHS Leicestershire is not a politically partisan organisation, but we are fighting to make the NHS the central issue in this General Election.

What Saturday’s demonstration showed, above all, is that there are many people who are willing to fight for our NHS. This should give everyone confidence that if we fight we can win.

If you want to get involved with Save Our NHS Leicestershire, contact secretary@saveournhsleicestershire.org