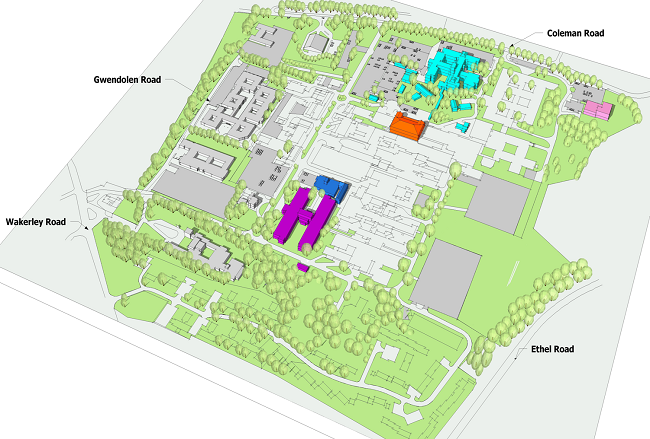 Future site map of General Hospital – can you spot it?

University Hospitals of Leicester (UHL) NHS Trust has been granted £450million from the government to reorganise acute hospital services in Leicester, Leicestershire and Rutland. Save Our NHS Leicestershire welcomes the investment in our hospitals after many years of little funding. We also welcome the prospect of new facilities and new equipment.

What concerns us is that the Trust appears to be rushing toward public consultation before we have all the information we need to understand the full picture.

Here’s some of things we do know.

One of the proposals is to close the General Hospital as an acute hospital. A large amount of land at the General site will then be sold for other use. This change will entail cramming around 600 beds onto the Leicester Royal Infirmary & Glenfield Hospital sites. As many will know, the Royal Infirmary is already extremely congested.

UHL plan to build a new maternity hospital in the city and consolidate the county’s birthing services in Leicester. We are deeply concerned about proposals which offer only one guaranteed site for childbirth (except for home births). We think it is potentially dangerous to put all births on the site of the Royal Infirmary – a site frequently gridlocked with traffic.

We are also concerned about the small number of additional beds UHL are proposing to create with these plans: a current total of 139! Although better than the zero they originally proposed, this number is wholly inadequate for a population which is growing now and will continue to grow over the coming decades.

Save Our NHS Leicestershire will be participating in the Keep Our NHS Public (KONP) national day of action this Saturday by holding a midday rally at the Haymarket Clock Tower. UHL have been very secretive about their plans and have so far refused to publish the details, in spite of repeated requests.

But we want to start a conversation with the people of Leicester about UHL’s plans, so if you’re free, then come along and speak with us. 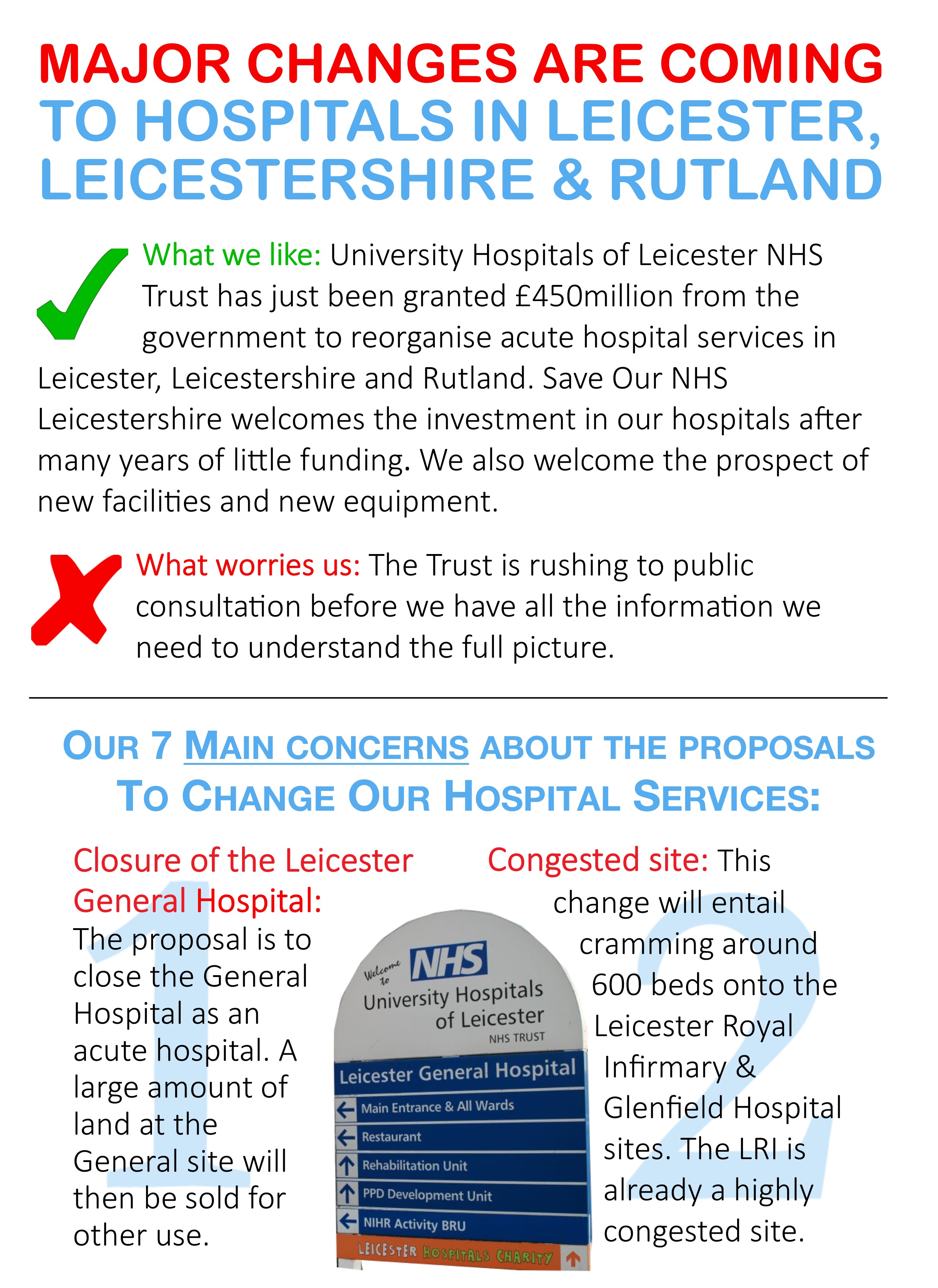 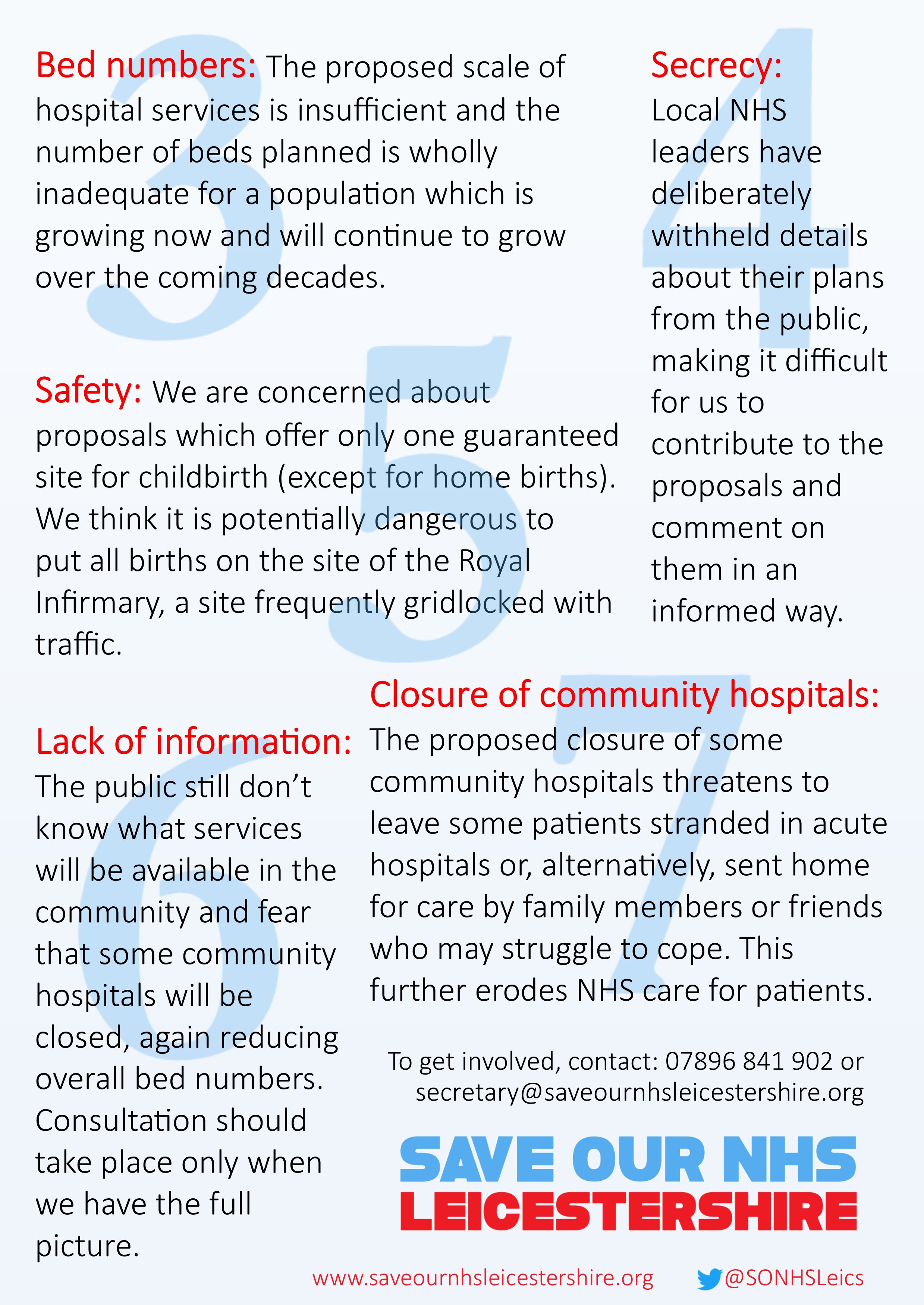