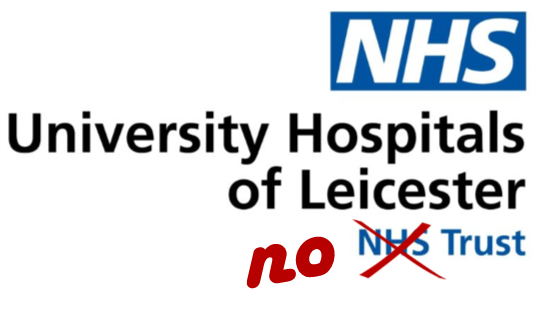 University Hospitals of Leicester (UHL) NHS Trust refused to comment on their controversial plans to reorganise local hospitals, which include the closure of Leicester General as an acute hospital, with beds then crammed into the Royal Infirmary and the Glenfield, despite being given two weeks notice by BBC Radio Leicester.

The BBC’s Tim Parker had prepared a 5-minute feature on the Trust’s plans for the Friday morning news – a perfect opportunity for NHS bosses to sell their plans to the public – but the Trust declined to send a speaker.

The exasperation in the presenter’s voice was palpable:

“We’ve asked for someone from the local NHS to speak to us about their proposals and the concerns raised by Save Our NHS Leicestershire, but they’ve not been able to provide a spokesperson. In fact, we’ve actually been asking for a couple of weeks, if I’m being completely transparent with you.”

Listen to the coverage on this issue by BBC Radio Leicester here:

The Trust states that they cannot make their pre-consultation business plan public until it has received approval by NHS England.

However, campaigners know that in other parts of the country much of the information contained in the pre-consultation business case is often put into the public domain, even (if necessary) in draft form. In Leicester, Leicestershire and Rutland, this information has been withheld from public scrutiny.

Save Our NHS Leicestershire understands that the pre-consultation business plan is an extensive document which consists of between 1200 and 1800 pages.  Surely it is the public’s right to have time to read, scrutinise and inform this document before UHL puts it out to Public Consultation in approximately 4 weeks time.

So why is the Leicester Trust being so secretive? What are they hiding?

The local NHS say that there is information on their website, but this is worryingly not ‘complete’ and not always easy to locate.

What do you, the public feel?  Please share your opinion.  We need your support.