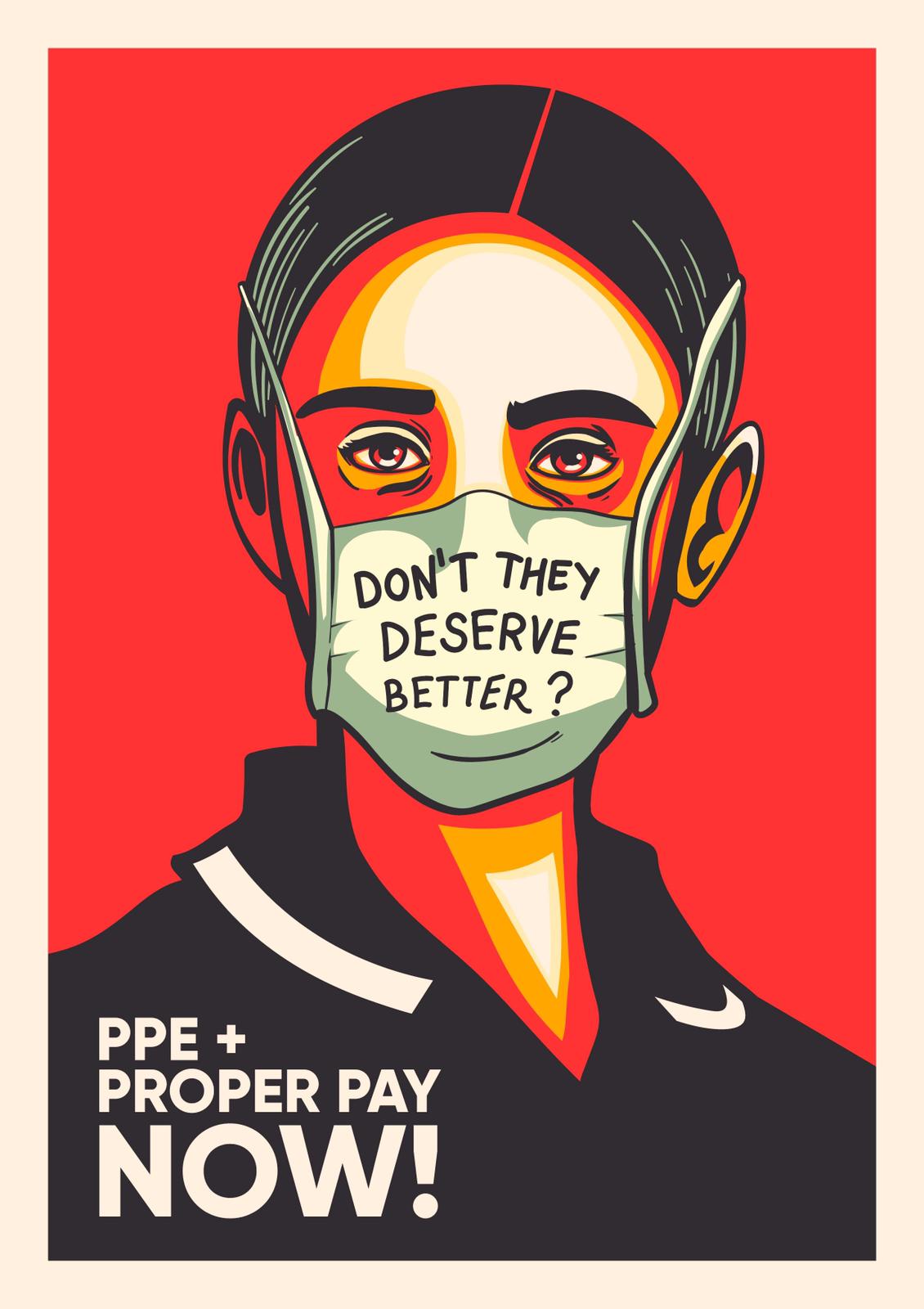 With the Covid 19 pandemic putting immense strain on our services, on April 11 Save Our NHS Leicestershire launched an initiative to ask carers in residential and domiciliary settings to speak up about their experiences.

The responses the group received have now been written up into a report [copied below] and sent to all ten MPs in Leicester, Leicestershire and Rutland, as well as directors of social care in the city and the county. The report asks that they intervene in order to address some of the extremely urgent issues being raised.

“We launched the initiative to try to help give these essential workers, who we admire immensely, a voice at this extremely difficult time. We are not claiming the responses we have received are representative but we are worried that they are raising issues of significant concern.

“Some of the stories that have been shared with us are extremely sobering and we believe require immediate action from government ministers and local decision makers.”

The report explains how some workers feel frightened to speak publicly as this may threaten their employment. It suggests a lack of responsiveness on the part of employers or managers in relation to concerns being raised by carers and even a reluctance by managers or supervisors to discuss the risks staff face. It also shows that employers sometimes do not seem to understand or may be refusing to follow official advice on how to stop the spread.

Perhaps most troubling, the report reveals how some Covid-free residential settings are being required to take patients with Covid symptoms or recovering from Covid and that there is evidence that carers’ objections to this, because of the risk to other residents and to themselves, are not being adequately addressed.

Casual workers are sometimes being expected to undertake the riskiest work.

The report suggests the government is taking a reactive rather than pro-active approach and identifies that mounting pressure from key workers and the public is helping to change the government’s approach. The report asks that MPs and decision makers exercise additional pressure on the government in assuring that these urgent issues are addressed.

If you work in the care sector and want to get in touch with the campaign, contact secretary@saveournhsleicestershire.org or 07896 841 902. Your anonymity is guaranteed.

REPORT ON CAREWORKERS SENT TO MPs AND LOCAL DECISION MAKERS

A number of carers have contacted SONHSL in the past fortnight with the following concerns. We are not claiming that what has been reported to us is representative as we have no means of knowing this but we do believe what carers have told us and we are concerned that any carers are experiencing what they have described.

Some carers are too frightened to speak publicly as they believe this will threaten their employment. There is also concern that the needs of carers working as employees of individuals through direct payments may not be being adequately considered and addressed.

Some carers are reporting a lack of responsiveness on the part of their employers or managers in relation to concerns being raised by carers and even a reluctance by managers or supervisors to discuss the risks staff face, the concerns staff have and the implications of official guidelines for carers in specific care settings.

There is a concern that some employers do not know how to manage the crisis and, where senior management are remote from local managers, do not seem to be enabling local managers to implement the guidelines. There is a concern that some care organisations do not know how to change the way they do things in the light of the crisis. Some care managers, or coordinators in the case of domiciliary care, do not seem to be familiar with government guidelines or with the rights and entitlements of staff, including in relation to something as basic as statutory sick pay. Some carers have experienced disbelief when they have reported symptoms and the need to self-isolate.

There is a fear that Covid-free residential settings are being required to take patients with Covid symptoms or recovering from Covid. There is evidence that carers’ objections to this, because of the risk to other residents and to themselves, are being side-stepped with agency staff brought in to care for Covid sufferers. Thus in some parts of the care sector casualised elements of the workforce are being expected to undertake the riskiest work and as they are even more likely to move from setting to setting increasing we believe the risk of spreading the virus.

The concerns described above are exacerbated by a more general problem of insufficient personal protective equipment and the absence of testing, particularly since carers have been relatively marginalised in public debates and policy prioritisation.

The lack of testing for carers and care home residents is continuing to cause concern.

A number of broader employment related issues have been raised with us by the carers who have contacted us which are not directly related to Covid 19 but which exacerbate the difficulties and fears carers have. We do not detail these here but it is clear that the comparative casualisation of the sector makes it difficult for carers to protect themselves and their clients effectively.

We are concerned that these problems persist given that the dangers of the coronavirus and how it spreads have been understood for some time. We fear that the government is taking a reactive rather than pro-active approach and the problems of this are compounded by the highly fragmented nature of social care. However, mounting pressure from key workers and the public is playing an important role in changing this approach. We are asking you to exercise additional pressure on the government in assuring that these urgent issues are addressed.

Tom Barker, on behalf of Save Our NHS Leicestershire campaign officers