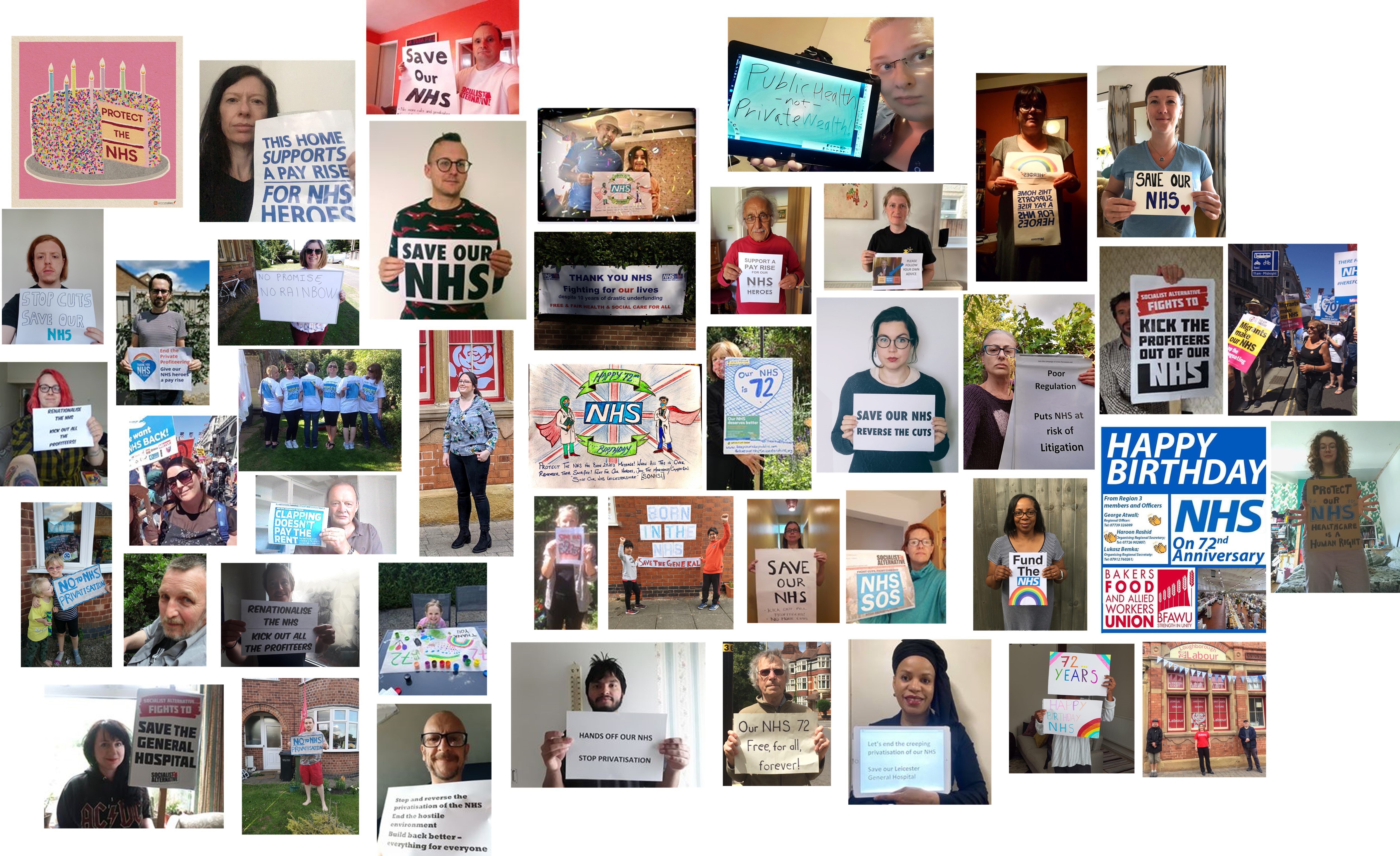 After the ongoing and traumatic experience of the coronavirus pandemic the central importance of our NHS has never been clearer. It is appropriate, therefore, that its 72nd birthday was celebrated with a weekend of events, from vigils to remember the dead, car-cavalcades, to socially distanced protests organised under the banner of ‘Our NHS Deserves Better’.

Official statistics put the number of UK deaths due to coronavirus at close to 45,000; it is expected that this number will be significantly higher once extra deaths are taken into account. If not for the sacrifices made by health and care workers, this figure would be higher still.

The pandemic clearly shows the dangers of planning for minimum need, as well as how understaffed and under-resourced our NHS really is.

But while the rest of the country returns to some semblance of normality, people living in Leicester City have been forced to endure at least another two weeks of lockdown because of a spike in the number of infections.

So instead of hitting the streets, Save Our NHS Leicestershire organised a virtual show of solidarity with the NHS and its workers, by asking people to send images of themselves with a message to the NHS.

The messages ranged from heartfelt thank-yous, to demands to end cuts and privatisation. A recurring theme was the desire to maintain services at Leicester’s General Hospital: the local NHS Trust is STILL planning to go ahead with plans to close the General as an acute hospital, with services then jammed into the Glenfield and the already-overcrowded Royal Infirmary, whilst barely expanding hospital capacity across the three sites!

Save Our NHS Leicestershire has been actively campaigning against these plans since 2018, while also calling for an end to the secrecy from the local NHS Trust.

Even before the pandemic, services in Leicester’s hospitals were wracked by annual winter crises due to a lack of staff and a lack of beds, with patients regularly being forced to wait on the back of ambulances, sometimes for more than six hours. These crises were often mitigated by cancelling elective care, which led to ballooning national waiting lists of more than 4million by November 2019 – a 5.7% increase on the previous year.

This problem has been seriously compounded by the pandemic. One of the reasons that the NHS was able to avoid capsizing altogether was because it effectively shut down large portions of its “non-emergency” services so that it could focus on treating Covid-19 infections.

As a result, almost two-thirds of people with common life-threatening conditions, including cancer patients and people with respiratory problems, have been denied care by the NHS. The extent of this problem could have been largely prevented if it wasn’t for years of cost-cutting and planning for minimum need. It is also a time-bomb in public health, storing up huge problems into the future, with waiting lists set to hit an unprecedented 10million by the end of the year.

What the pandemic clearly shows is that we need more investment in our NHS. We need more hospitals, not less. We need to treat our NHS and care workers better, with pay rises and improvements in terms and conditions all round. We need to renationalise the NHS and take care services back into the public sector, so they are run for need not profit. But we must also learn from history. Public ownership works best when workers and patients, not a bloated management, are fully involved in planning. Investment in a growing NHS, with more jobs and better care, is one way of helping to expand the economy; furthermore, additional spending on health care tends to lead to economic growth.

None of this will be achieved automatically. We need you to help us build a campaign that is bigger and stronger than ever. Contact secretary@saveournhsleicestershire.org to get involved.

Here is a selection of some the photos we were sent: 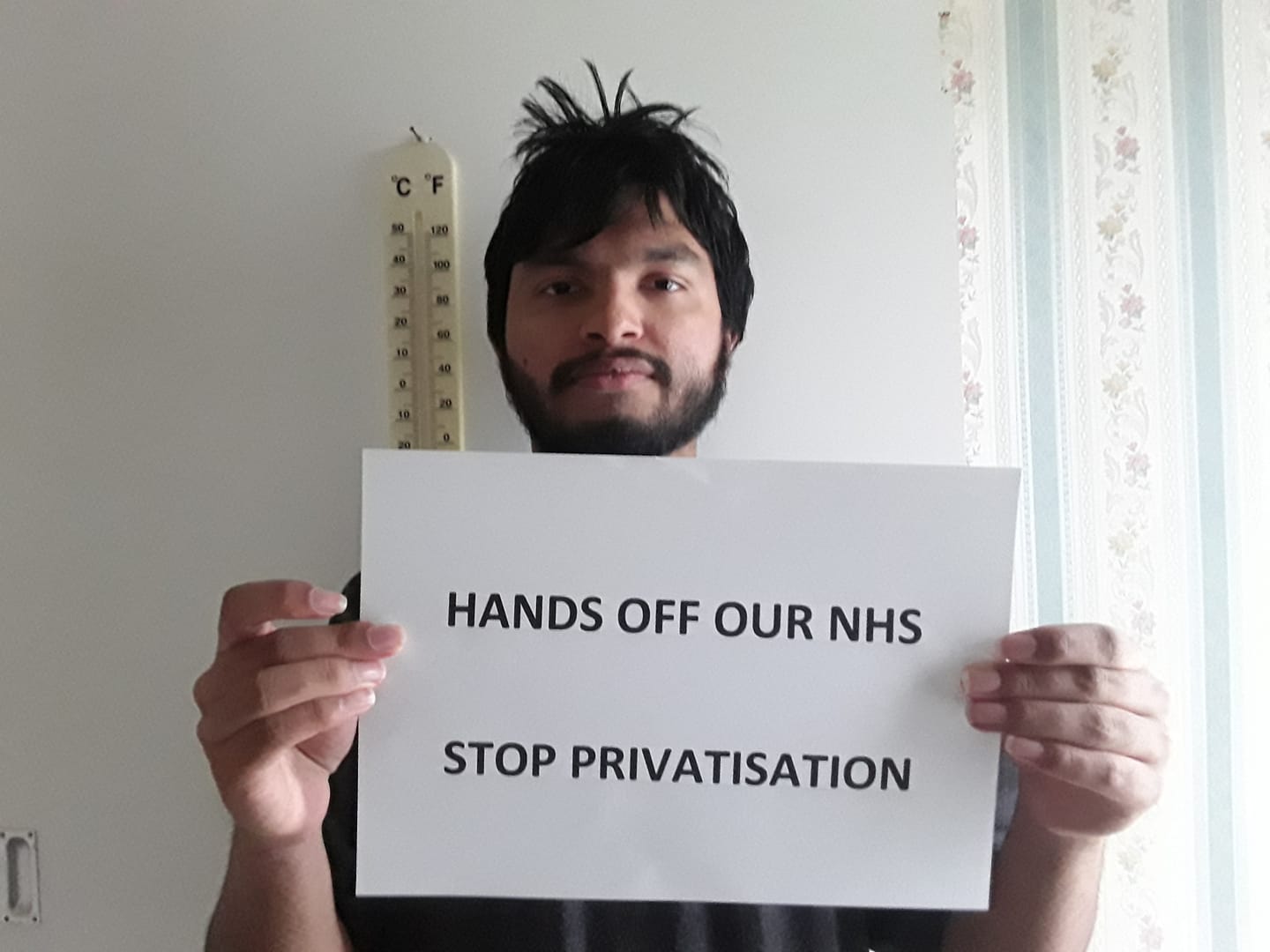 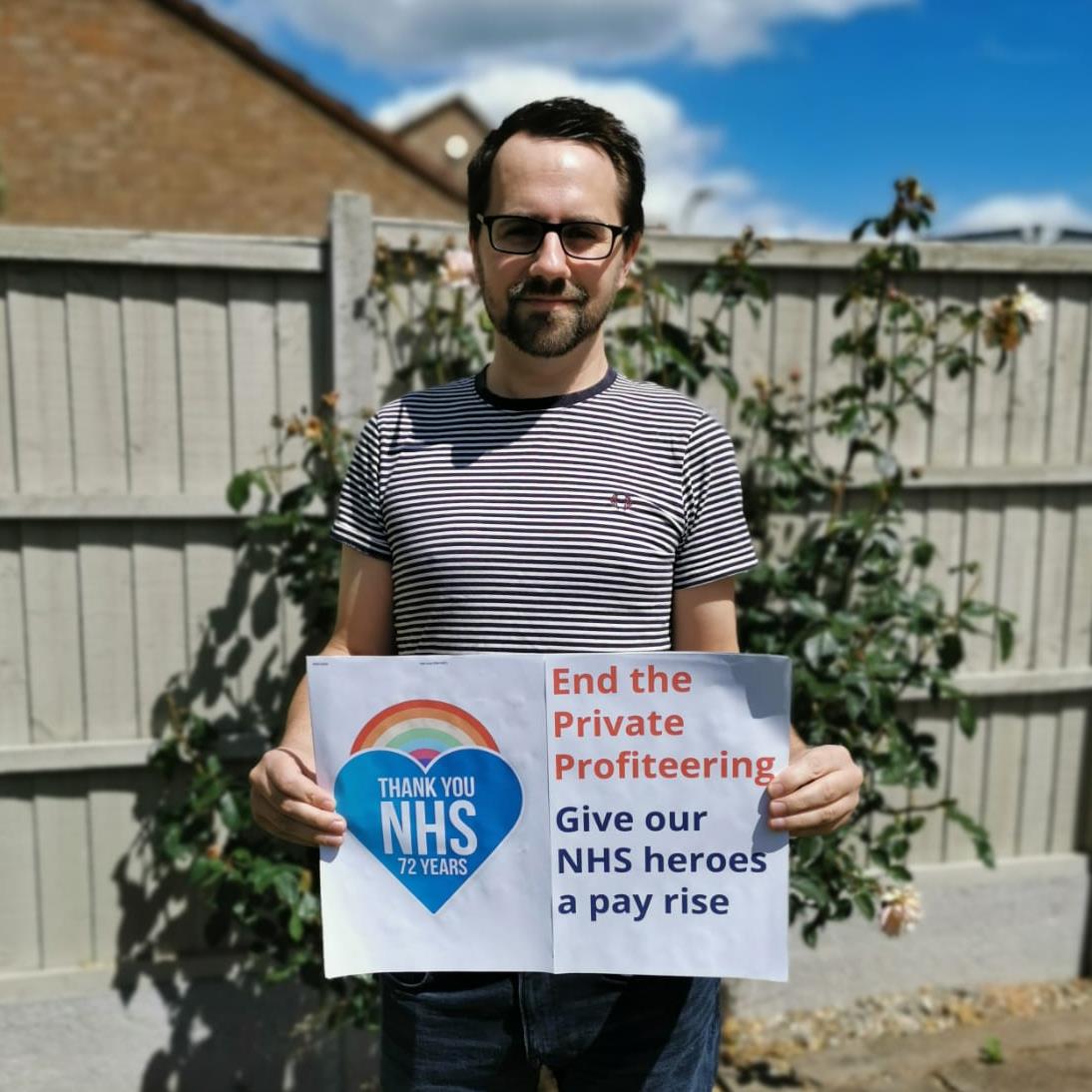 Two champs who were born in the Leicester General call for it to be saved: 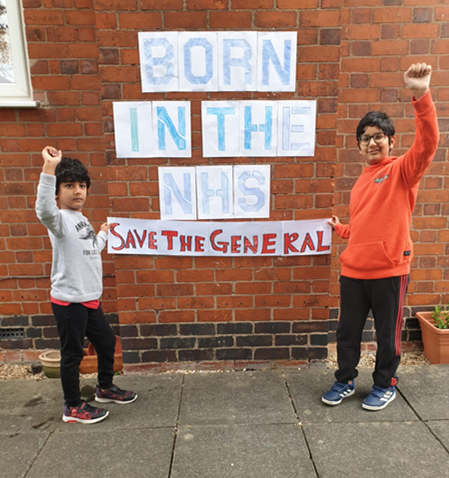 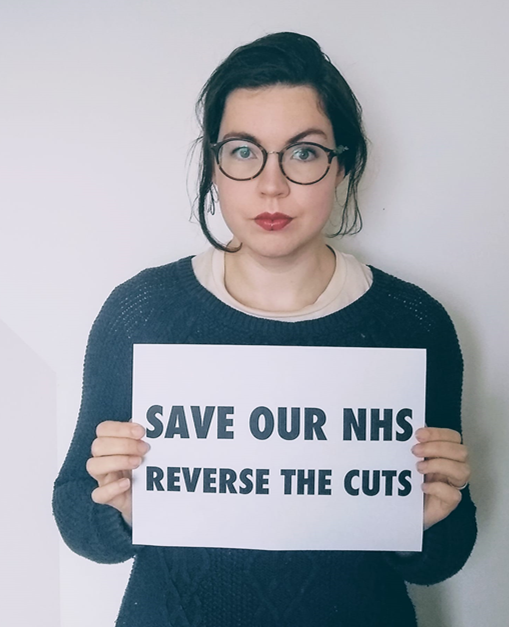 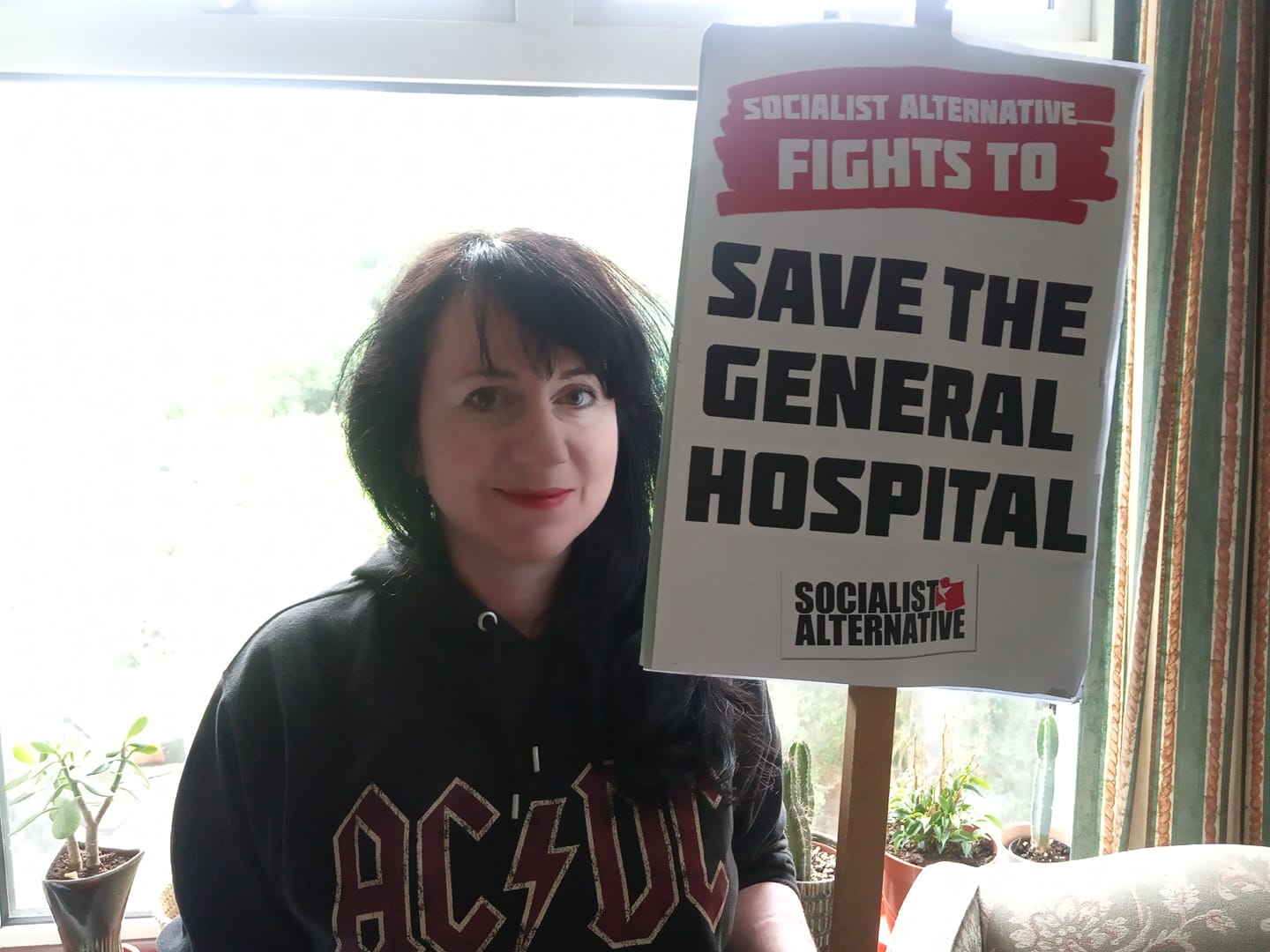 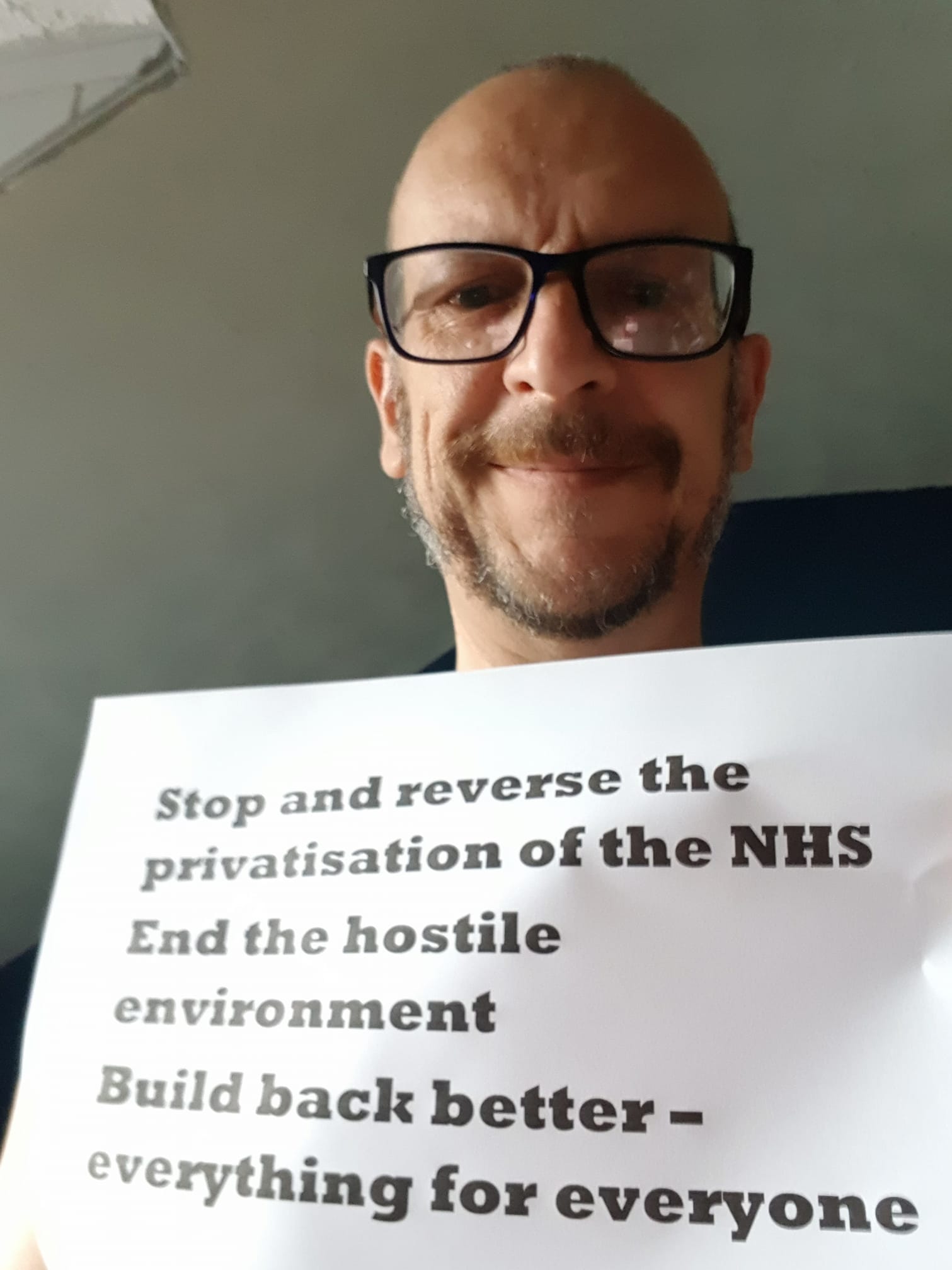 One supporter came up with this wonderful design and message: 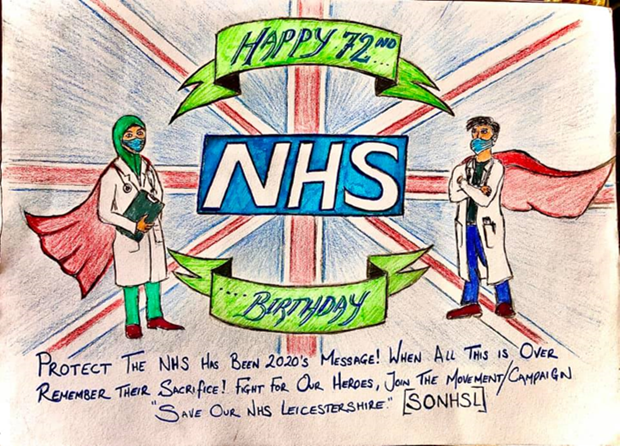 Leicester East MP Claudia Webbe had this to say: 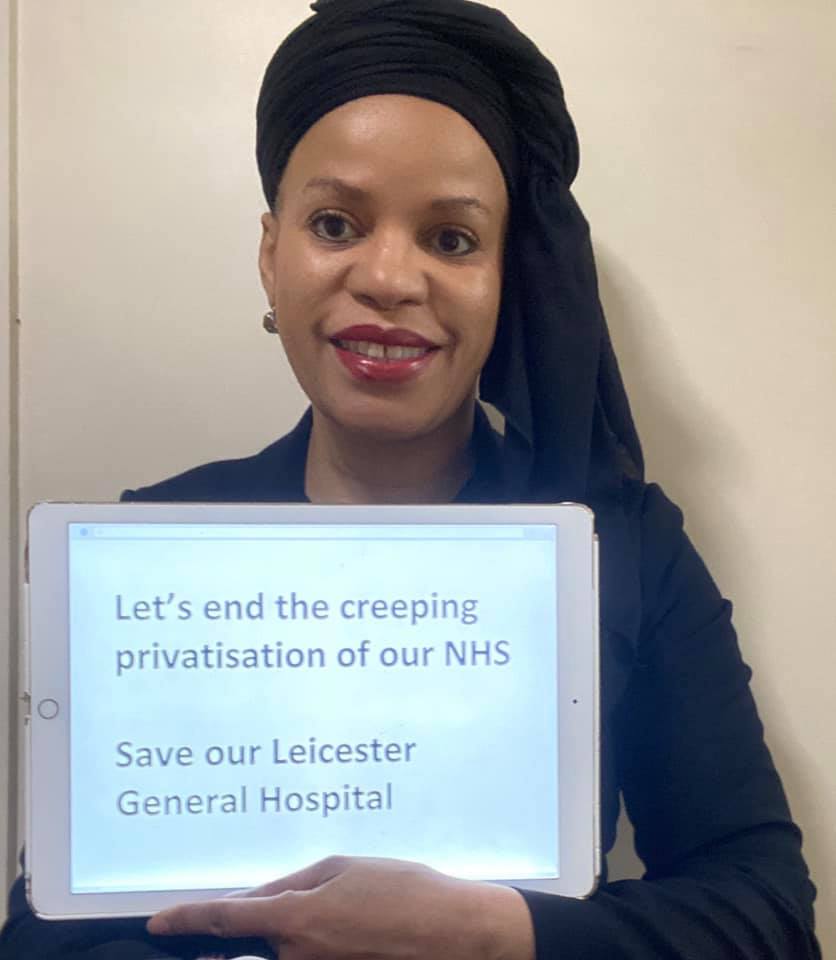 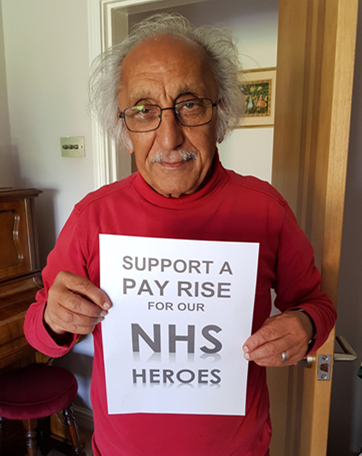 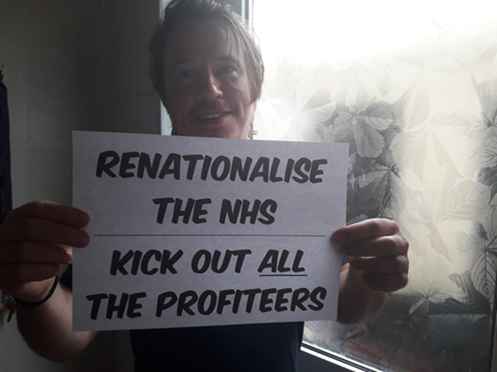 A young supporter working on her design for the NHS’s birthday: 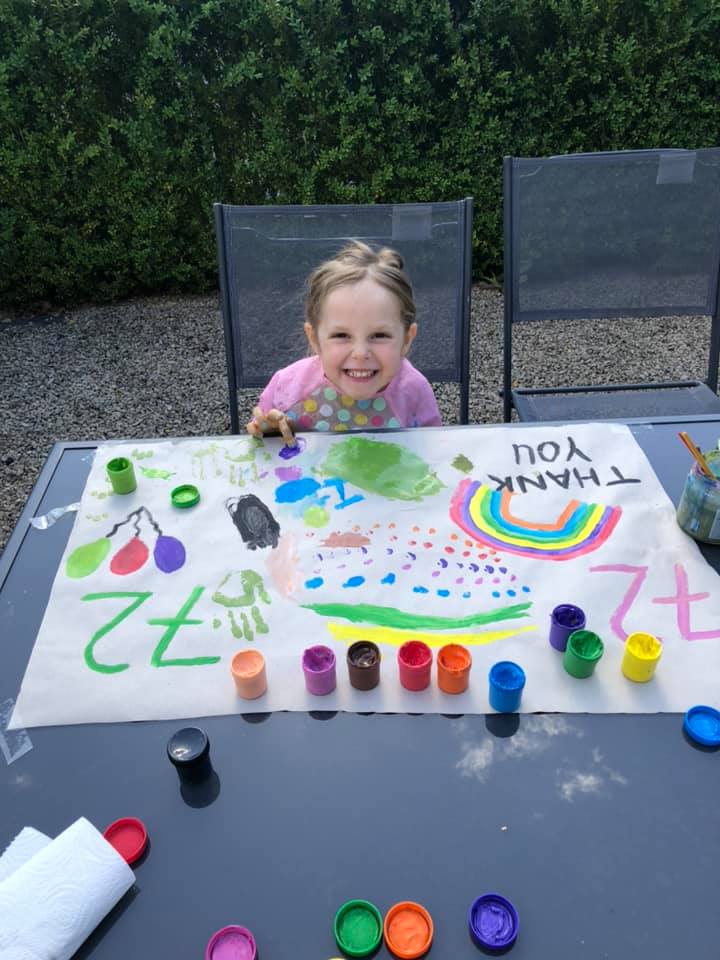 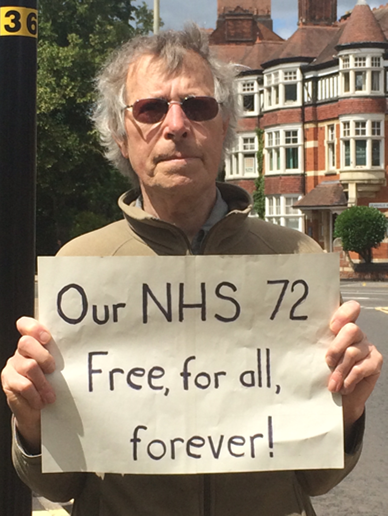 A message of solidarity from Region 3 of the Bakers, Food and Allied Workers Union, who have been tireless supporters of Save Our NHS Leicestershire: 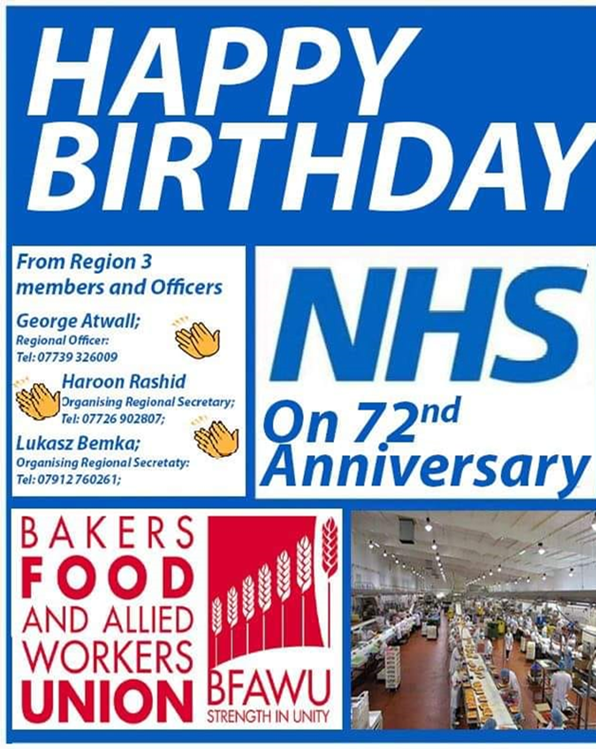 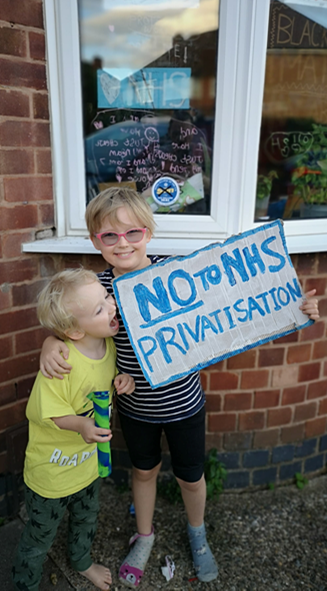 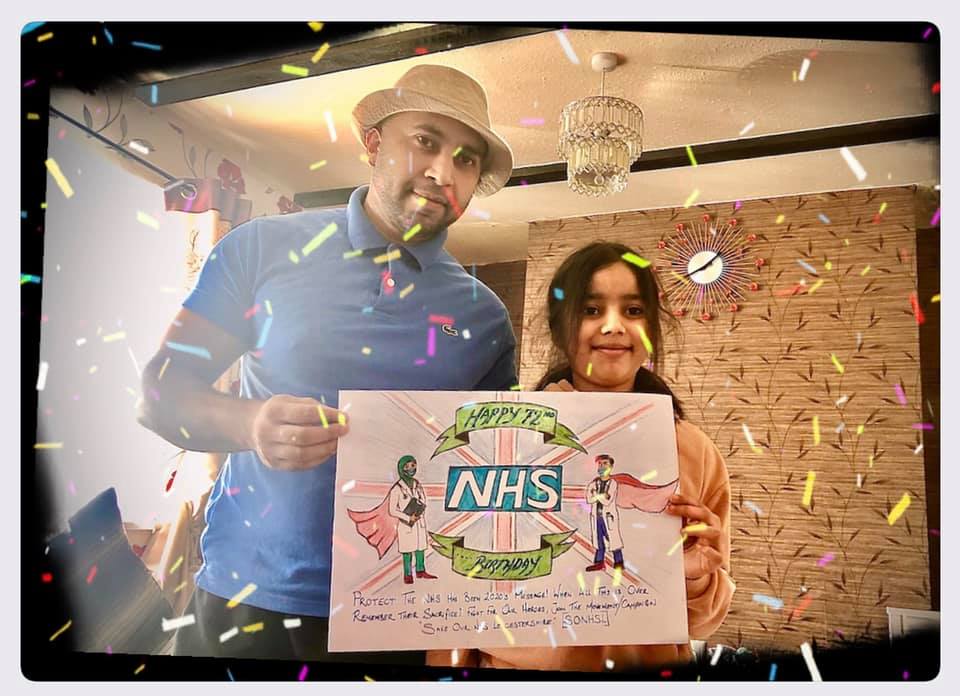 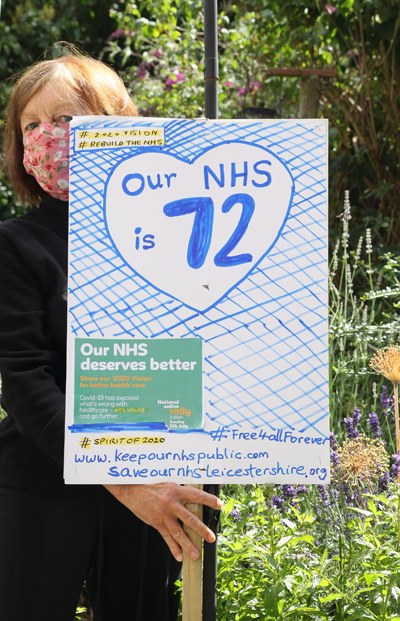