Save Our NHS Leicestershire welcomes coverage of our campaign in yesterday’s Leicester Mercury. However, we take strong issue with the title of the online piece, ‘Campaign launched to fight against £450m hospitals revamp’ (the paper copy leads with the marginally better ‘Campaigners battle £450m hospitals revamp plans’) , which is demonstrably contradicted by the content of the article. 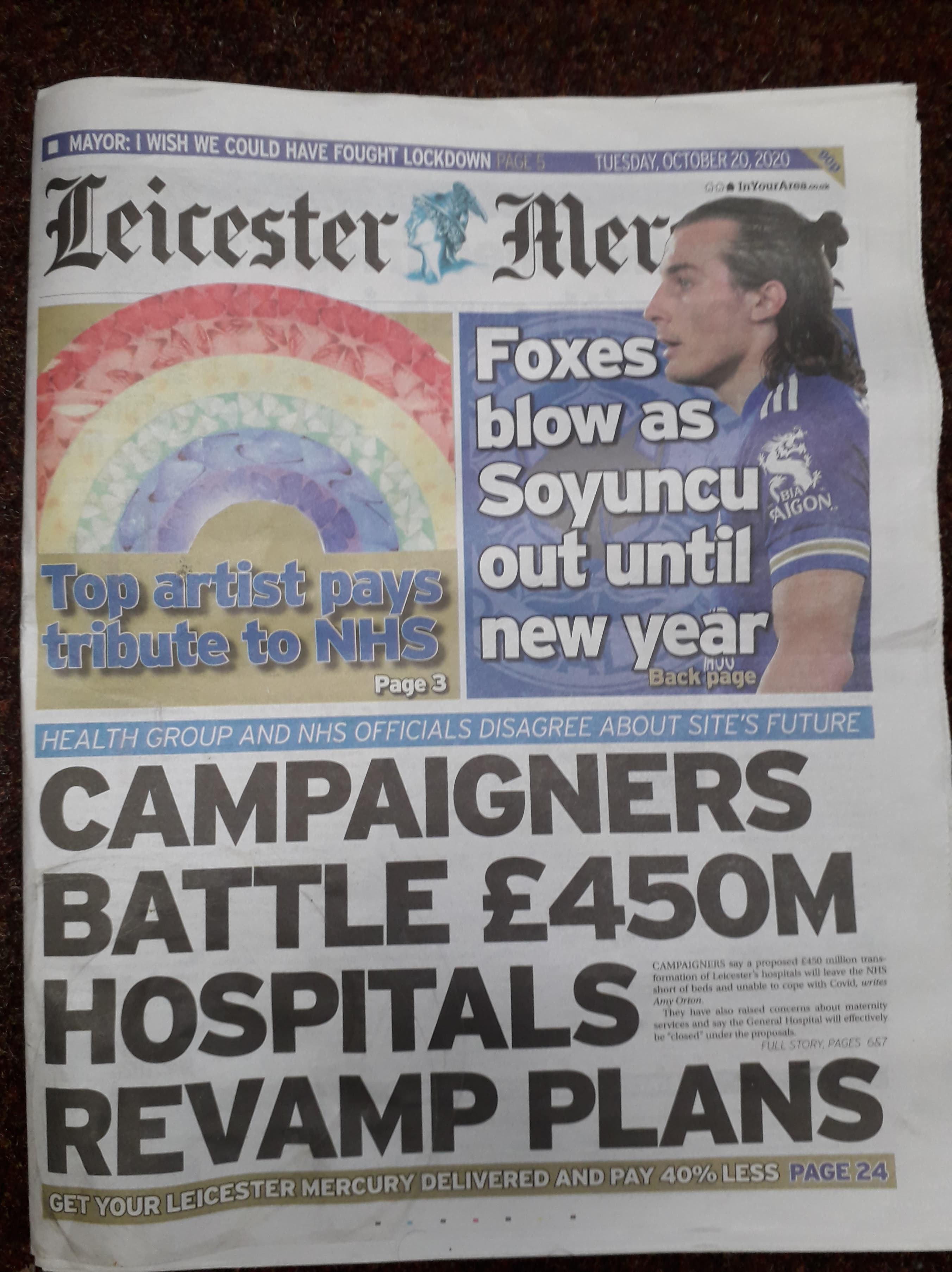 The piece interviews Steve Score, co-chair of the campaign, who stresses that “we think that this is an investment that is much overdue”. The article also explains that campaigners have welcomed the £450m investment.

We stand by these statements and cannot understand how the title of the article was arrived at. But what we do oppose is a long-term plan which does not include a significant increase in the number of beds, when we know that hospitals are frequently at capacity during Winter months. If most of the land and building of the Leicester General Hospital is to be sold off, where will extra beds in the future be built?

In the Mercury report, a spokesperson for the Clinical Commissioning Group in Leicester, Leicestershire and Rutland responds to this by saying that “Nowadays, modern patient care is not just about having beds in hospitals; our focus is on providing care closer to where people live.”

But community care is in complete crisis due to a decade of austerity and there is no explanation in the Trust’s plans as to how this alternative will be funded. In fact, on page 6 of the public consultation document, the Trust explicitly states that “This consultation does NOT include community hospitals, GP practices, mental health and other services provided in the community or in people’s homes.”

We are opposed to the dishonesty about the closure of Leicester General Hospital, the loss of public land and its impact on communities in Leicester East and in Leicestershire.

Again, the CCG spokesperson states: “The General Hospital would not close, but would be retained as a community health campus including some non-acute beds.”

However, the only University Hospital of Leicester services remaining on the site will be the Diabetes Centre, an imaging hub (CT scans etc) for GP referrals, possibly an administrative block, and possibly (subject to consultation and for a trial period) a midwife-led unit.

Do these four services (compared to the 87 currently at the site) make up a hospital? We think not.

In addition to this, we are very concerned about the overcrowding and congested site at the Royal Infirmary and the proposal to place all maternity services in the county there; as well as the lawfulness of consulting the public in the middle of a pandemic with extreme social restrictions in place.

Save Our NHS Leicestershire will be holding two online public meetings to discuss these issues and more. We want you to attend to join the discussion about the plans. Register here: https://www.eventbrite.co.uk/e/more-covid-waves-are-coming-why-is-leicester-general-hospital-being-closed-tickets-125718386077 or get in touch on 07896 841 902