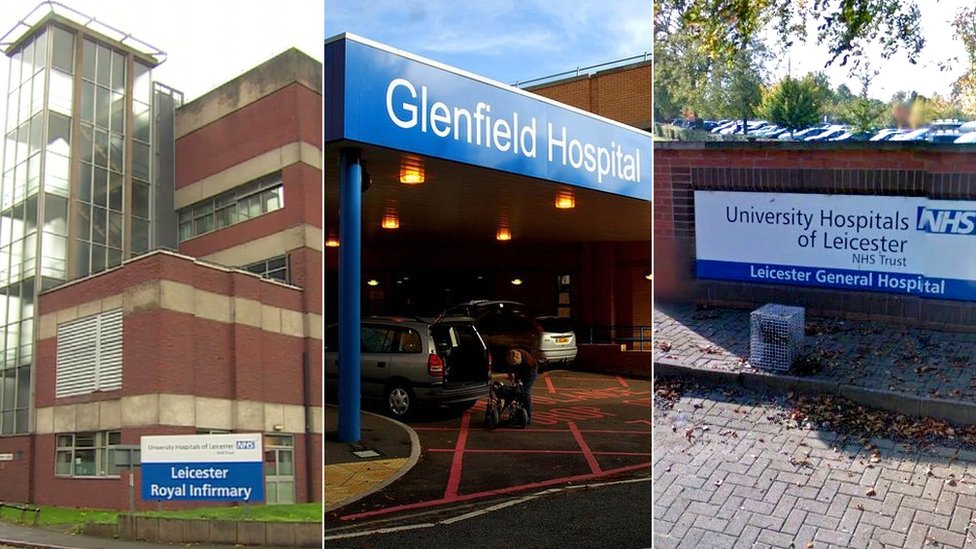 For the second time in three years, the Clinical Commissioning Groups of Leicester, Leicestershire and Rutland have triggered the ire of the chair of the local authority committee tasked with scrutinising local NHS decisions and activity.

However, the CCGs have kept, and continue to keep, their decision-making document secret and they didn’t publish the report analysing the public responses given during the consultation until 26th May – and only then after they had been pressured to do so,

The secrecy and refusal to make time to discuss the consultation findings ahead of a final decision has pushed the chair of the joint Leicestershire, Leicester and Rutland health scrutiny committee to breaking point.

Cllr Patrick Kitterick has written to the chief executive of the three CCGs, Mr Andy Williams, to express his “deep concerns” about the way the CCGs are handling the decision-making process [full text of letter published at the end of this report].

The CCGs plan to approve the post-consultation finalised plans on 8th June but – unusually for a governing body meeting held in public – have refused to publish one of the meeting’s key documents – which sets out the final expected decisions and the reasoning behind these decisions – in advance of the meeting. So, although the public have been invited to attend – providing they book in advance – they will not have the opportunity to read the relevant document before the final decisions have been made.

In August 2018, the CCGs again triggered the anger of the then chair of the same committee by pressing ahead with the closure of intensive care beds at Leicester General Hospital without prior consultation of the public – a process which is required when major changes to services are being made. The chair admonished the chief executives of the CCGs and the hospitals for their failure to engage the public and the committee voted in favour of a public consultation taking place. Jon Ashworth MP also spoke publicly at the time about his support for a public consultation before such a major change in services was undertaken.

Tom Barker, of Save Our NHS Leicestershire said: “Why is it that the people of Leicester, Leicestershire and Rutland find again that we have a local NHS leadership which is so lacking in transparency? Yet again, they have refused to involve the public in a meaningful way and plan instead to push ahead regardless of the views of others. We have been asking for the analysis of public responses to the consultation to be publicly scrutinised. We wanted the insights of scrutiny to be fed into the decision making process but the CCG leaders think they know better.”

Save our NHS Leicestershire – which supports investment in the hospitals but identified several major flaws in the original proposals – has issued an open letter to Andy Williams, asking him to postpone the final decision about the hospital services until proper scrutiny of public responses has taken place.

Save our NHS Leicestershire campaigns for a well-funded, publicly provide and democratically accountable NHS.

The Building Better Hospitals For the Future public consultation took place between 28 September and 21 December 2020.

The open letter to Mr Andy Williams organised by Save Our NHS Leicestershire on Friday evening (4/6/21) can be found here: https://docs.google.com/forms/d/e/1FAIpQLSen_2YfKsWanJVPgzR2gY_GTbLdaW4aXUFplMg2RZduUYJusw/viewform

Thank you for your time on the phone on Thursday morning and your follow up letter dated Friday 4th June 2021.

May I take this opportunity to express my deep concerns about how the Building Better Hospitals for the Future decision-making process is being handled. I will also make my concerns and this letter a matter of public record.

The report of the consultation findings has been released in a manner and timing that provides little opportunity to properly scrutinise that report.

Of even more concern the Decision-Making Business Case is not being released until just prior to a decision potentially being made.

Whilst the Clinical Commissioning Group (CCG) for Leicester, Leicestershire, and Rutland (LLR) has the legal power to transact its business, the lack of transparency around the delivery of public services and the potential disposal of public assets is of deep concern.

In our conversation you acknowledged that the documents due to be considered have been available for board members for several weeks. Unfortunately, given the potential timetable a conclusion that can be made is that the information has not been released to avoid scrutiny of the decision-making process.

The notification of the board meeting scheduled during the working day and short notice has meant that I personally cannot get out of work to attend. I can imagine that many others are in a similar position.

I would, therefore, strongly urge you to delay any decision making until a chance has been given for the public to fully examine the documents upon which the decision has been made.

Whilst, as in many cases in life, even though the LLR CCG can do something does not necessarily mean it should do.

The assets and services of the NHS belong to us all and not to one single board or body to proceed to a decision in such haste, it is clearly not right in principle.

I would also direct you to points of practicality and draw your attention to the ongoing process in the University Hospitals of Leicester (UHL) where the board failed to spot and address a £46 million financial “misstatement”. There were many good people on that board, as there are on the LLR CCG’s but that did not stop decisions and actions to be made at UHL which everyone now regrets. Had the actions of officers of the NHS in that instance been subject to more transparency and scrutiny then the unfortunate events around UHL would have been far, far less likely to take place.

The consequences of the potential decisions on 8th June 2021 will be far reaching and affect Leicester, Leicestershire, and Rutland for decades to come and potentially will see an effective closure of a hospital and a maternity unit. To rush to a decision without the proper opportunity for public scrutiny is a mistake which I would urge the Board Meeting of LLR’s CCG to avoid.